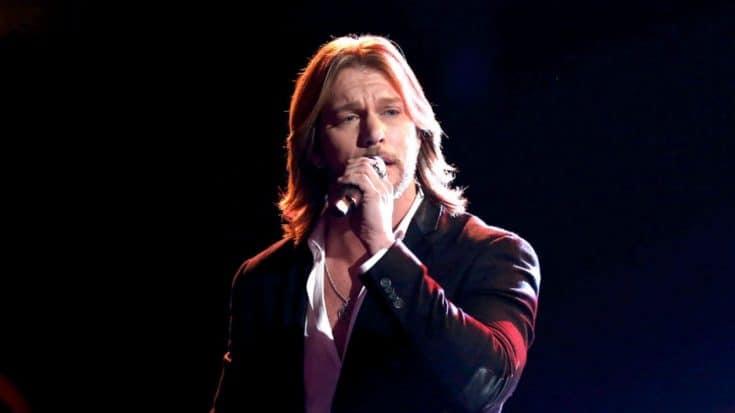 22-year old Christina Grimmie was killed during a meet and greet following a concert in Orlando, Florida, on June 10. The Season 6 ‘Voice’ finalist was shot by deranged fan, 27-year old Kevin Loibl who had become increasingly obsessed with the singer.

The horrific incident hit especially close to home for Grimmie’s fellow ‘Voice’ alum and country artist, Craig Wayne Boyd. In a recent interview with Taste of Country, Boyd said that Grimmie’s death has caused him to rethink his own security.

“It touched home with me, because it was an artist that was on ‘The Voice’ a season before me,” Boyd said. “Any artist will tell you, the meet and greets, and the personal connection to the fans, that’s a lot of why we do what we do. Knowing that what we’re doing actually matters to someone. And for that time and intimate moment to be violated like it was in this instance is devastating.”

But, Boyd refuses to let the fear take hold and take away the special moments that he gets to share with fans.

“It makes you wonder about yourself; ‘Am I putting myself in harm’s way?’ Because I want to be around for a while. But ultimately we can’t let fear win. We have to continue to push on. I haven’t let it stop me yet.”

The Season 7 ‘Voice’ champ also said that he’s never been threatened but has had several run-ins with fans who made him uncomfortable.

“I’ve been in Nashville since 2004, and walked the streets and played the honky tonks, and that’s what I’ve been used to,” Boyd recalls. “To come off a show that threw rocket fuel on all expectations that I ever had of playing country music, it brings out fans that you don’t expect. I’ve had a few moments, especially the first few months off of The Voice … people flying in from overseas and things like that. Moments where I was just looking around for security, like, ‘All right, this is a little bit more than I can handle at the moment.’”