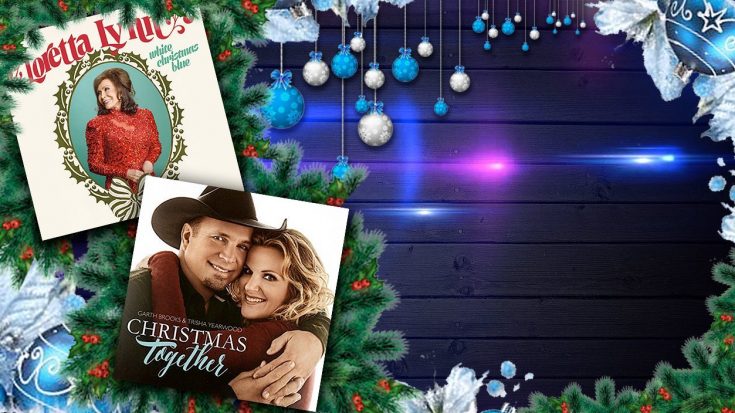 Each year brings a host of new country Christmas albums to enjoy. While a number of artists have debuted new holiday records in 2017, it seems that 2016 was the big year for Christmas releases.

Last year, everyone from country legends such as Loretta Lynn to more modern stars like Brett Eldredge delivered a dose of Christmas cheer with new records. The year even brought along the first-ever duets album from Garth Brooks and Trisha Yearwood!

Since so many quality Christmas albums were released in 2016, we have a tough time naming the best. So that’s what we’d like to ask you with this poll!

Below, you’ll find a poll asking you what the best country Christmas album of 2016 was. Be sure to scroll directly over the poll so you can view all of the choices…there should be eight of them!

Just vote for your pick, and then come back a little later to see if everyone else agrees with you!

Now if you’ll excuse us, we’re going to go play all of these records on repeat!