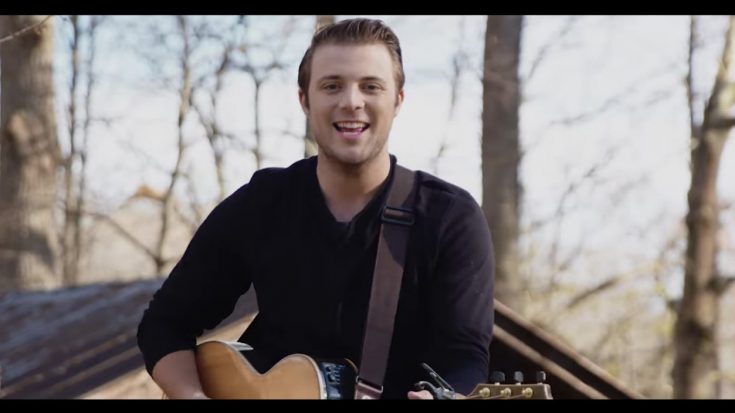 Walker Montgomery is basically country music royalty. His dad is John Michael Montgomery, one of the biggest stars of the ’90s with 30 charting singles and 7 number one hits to his credit. And Walker’s uncle is Eddie Montgomery of Montgomery Gentry fame.

It’s no surprise that 18-year old Walker caught the singing bug and is pursuing a country music career of his own. Montgomery first drew attention last year with a video of him singing “Life’s a Dance” alongside his dad.

In the months since, Walker has steadily grown his fan base and is on track to be country music’s next big act.

Recently, Walker released his debut single titled “Simple Town.” Montgomery spoke to Country Rebel about the self-penned tune, saying, “I grew up in Kentucky and I wrote this song at a point in my life where I was starting out college, considering moving to Nashville, and realized how important it is to remember where you come from.”

“Simple Town” was produced by Colt Ford, a longtime friend of the Montgomery family, and Noah Gordon, and has seen success in Walker’s home state.

“I am blessed to have grown up in a town where everyone knows everyone,” Walker shared. “I’m overwhelmed and so thankful for the support that ‘Simple Town’ has gotten in my home state.”

Listen to Walker sing “Simple Town” in the video below. And be warned….Walker’s vocals sound eerily like his famous dad’s. Listen for yourself and let us know what you think!

To show your support for Walker Montgomery and to keep up with his music career, click here.