By Miranda Raye on December 23, 2016
Advertisement 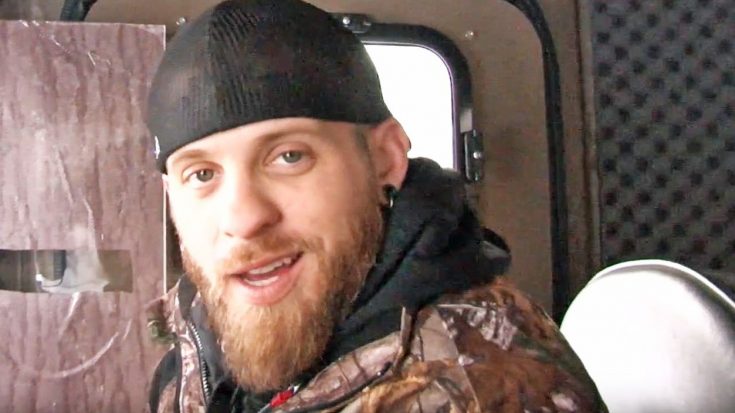 Country folks are awfully dedicated to their favorite pastimes…especially hunting. Rain or shine, hot or cold, nothing stops country guys and gals from heading out for a hunting trip.

Being a country boy born and raised, Brantley Gilbert is exactly that way. He didn’t let the weather keep him away from his deer stand on one cold day in December.

As any hunter knows, hunting is oftentimes more boring than it is exciting. You sit and wait in your stand for an animal to pass you by, and sometimes one never does. Luckily, if you have a hunting buddy with you then you can chat or play games to pass the time.

Gilbert and his buddy Michael Lee hit that wall of boredom while they were waiting in their deer stand during their December hunting trip. The two have been best buds for a while, and Gilbert often appears on Lee’s YouTube channel in his Backwoods Life videos.

Lee decided to upload a short video of how they helped pass the time in their stand during their December hunting trip, and let us tell you, it is hilarious!

The video focuses on Gilbert the entire time, though you can hear Lee’s commentary in the background. To help fight boredom, Gilbert said to Lee that they should come up with a name for the buck they were watching.

“Like you see on all these other TV shows,” Gilbert said, “everybody’s scattered these deer and they got names for ’em.”

You don’t want to be like everybody else though,” Lee replied.

“What if I want to be, just this once?” Gilbert said.

Lee gave in, and that’s when he and Gilbert started suggesting names for the deer. Gilbert hilariously struggled to come up with a creative name, proposing everything from “Tiny” to “Pitchfork” as possibilities.

Tune in to the video below to see which name Gilbert and Lee finally settled on! We’ll give you a hint…it’s a funny one!