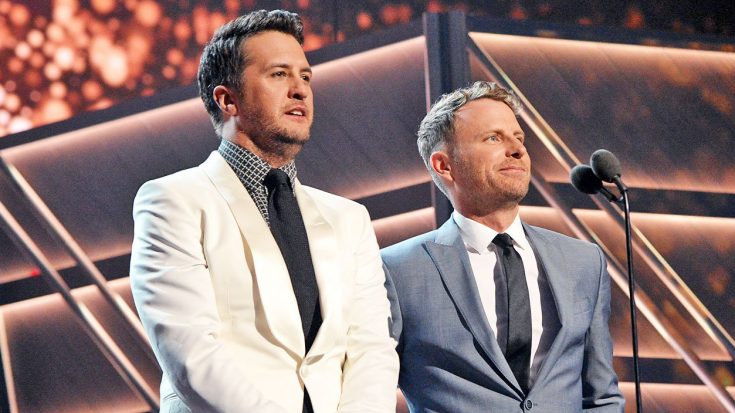 In a surprising move, country singer Dierks Bentley revealed something no one was expecting during a Q & A at the annual Country Radio Seminar (CRS) in Nashville on Monday (Feb. 5).

During the event, a photo of Bentley from last year’s ACM Awards came on the screen. According to Billboard, he said, “That’s over…We got fired. Is that not common knowledge?“

Bentley hosted the awards show with Luke Bryan in 2016 and 2017, taking over for Blake Shelton who hosted the show with Bryan three times.

“We did two years, I love Luke to death, he’s one of my favorite people. It’s hard not to have fun with Luke,” Bentley said during his CRS keynote speech, according to Taste of Country. “The ACMs were great, we had so much fun doing it. The ACMs have been so good to me.”

Music Row reports that a representative from the Academy of Country Music confirmed the news and said that information about this year’s hosts will be made known in the “coming weeks.”

Bryan took on a new role as a judge on the American Idol reboot this year, which airs on ABC, so hosting a CBS broadcasted awards show might not be allowed in his multi-million dollar contract.

The ACM Awards will take place on April 15 at the MGM Grand Garden Arena in Las Vegas, Nevada. Who do you think will be the host or hosts of this year’s awards show? Let us know in the comments section!