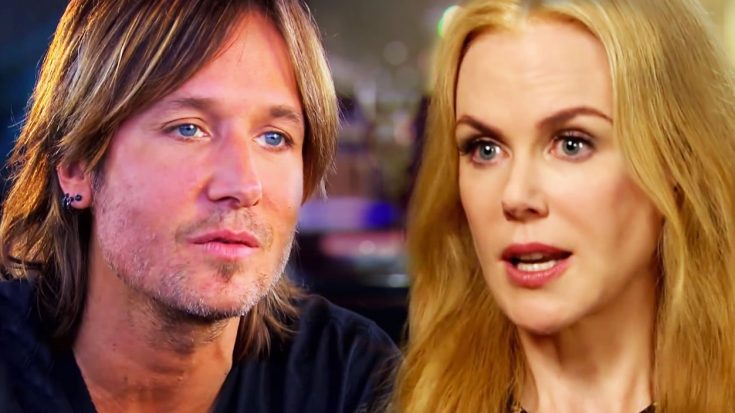 The country singer did the unthinkable after learning that his father-in-law had suddenly died during a vacation.

Having been together for more than a decade now, both Keith Urban and Nicole Kidman have endured a number of incredibly painful moments over the years, but always remain at each other’s side, but during one of the hardest moments Kidman had ever gone through – she found herself alone.

Speaking with CBS Sunday Morning, Kidman admitted that she was “shattered beyond belief” after getting the phone call that her beloved father had died of a sudden heart attack while on a 2014 vacation to Singapore to see his other daughter.

“When my father passed away, I literally was down saying, ‘Please, give me the strength just to be able to wake up tomorrow’ … I didn’t even know how to get up from this,” Kidman said.

But while she was reeling in shock of the news, her husband was across the country getting ready to perform a concert – that all changed the instant he heard her voice on the phone.

“I called him screaming and crying,” she says of breaking the news to Urban. “And he was literally about to go on stage.”

With a love like theirs, Urban wasn’t about to let his beloved wife go through something so heartbreaking alone and immediately turned and walked off stage.

“I had a husband that came right back,” Kidman revealed. “And he walked off stage and got on a plane – he had just gotten there. He flew six hours and he was right back there. He literally picked me up and pretty much carried me through the next two weeks.”

She credits both Urban and their children with helping her get through this terribly tough and saddening time. What a beautiful gift to have a husband so loving and caring that he would walk right off stage into a plane to be there for her! They truly have an unbreakable bond!

Watch her full interview with CBS Sunday Morning in the video below!