Which Robertson Brother Got Stage Fright During Their Nativity Play? 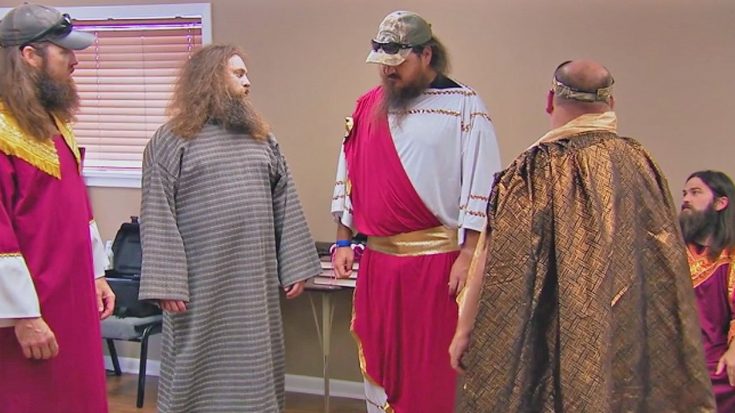 At their local church, Korie Robertson volunteered her family to put on the Nativity play for the Christmas service one year. Luckily for us, the Duck Dynasty cameras were there to capture everything!

Korie told all the guys what their roles would be. Willie and Korie played Joseph and Mary, Jep played the Innkeeper, Jase, Godwin, and Si played the three wisemen, and all the kids played the barn animals.

Missy helped everyone rehearse one day at the Duck Commander warehouse, when Jep found out exactly how many people would be in the congregation for their performance – A LOT.

It’s usually the biggest turn out of the year, which started making Jep feel uneasy. He only has one line, but completely forgets it during rehearsal!

Before the big show, Jep has never said his line correctly and Martin tries to get in his head right before his big moment!

Will Jep say his line correctly?? Watch the video below to find out.

It's a not a Robertson Christmas without a Nativity play, but Jep seems to have a caught a case of stage fright. Get in the holiday spirit with this hilarious #DuckDynasty Quackback.