Why Is Tim McGraw’s Arm In A Cast?? 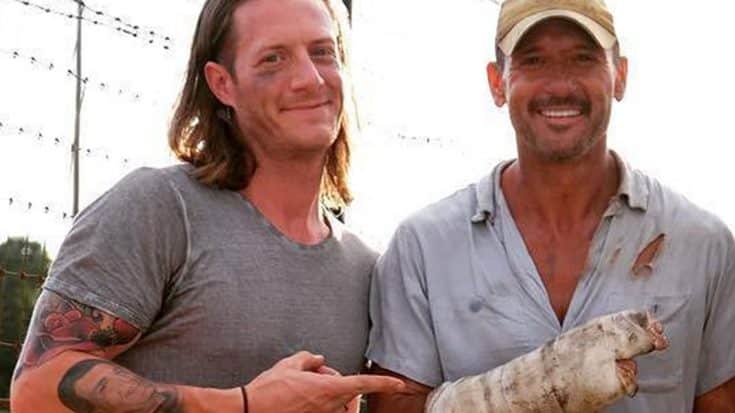 A new photo surfaced on social media showing his arm wrapped in a cast and at what appeared to be a baseball stadium or at the very least a fenced off dirt area – maybe rodeo arena?

As a teaser for the new music video featuring Tim McGraw the boys from Florida Georgia Line posted a photo to Facebook that had many fans concerned because the country legend’s arm was in a cast!

They had just released a sample of their collaborative track with McGraw and fans thought surely that something had happened during an event they were all at.

Luckily, as people looked closer they realized that his arm wasn’t actually broken – it just appeared to be so as part of their music video.

In the caption for the photo, the band added a brief note about McGraw’s cast at the end of their plug about the upcoming video, stating that it wasn’t broken.

But since it wasn’t actually broken…what does this mean for the music video?

Watch their teaser clip of “May We All” below and let us know your thoughts in the comments!