By Manly Bryant on April 13, 2018
Advertisement 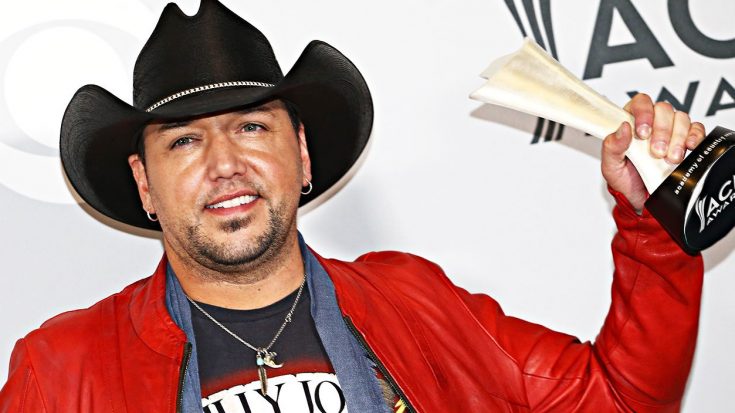 The two-time champion of one of the biggest awards from this annual country music ceremony has just confessed the reason he might have to give back the crown during the 2018 ACM Awards on Sunday, April 15th.

Aldean, who has already taken the top honor of Entertainer of the Year for two years in a row – confessed why he thinks someone else might be declared the new ACM champ.

Pitted against six-time EOY winner Garth Brooks, two-time winner Luke Bryan, Chris Stapleton, and Keith Urban…Aldean has his work cut out for him. All of these country artists have achieved tremendous success throughout their careers and truly deserve to be recognized.

During his interview, Aldean explained why all the other nominees could dethrone him – and he’s got some excellent points!

“It’s a pretty strong list!” he explained to the radio hosts. “You got Garth who’s just Garth…and then you’ve got Stapleton who’s the best singer in town! And Urban, Keith Urban, who’s just one of the best musicians in town and Luke who’s one of the best dancers in town…”

Next, the show’s hosts try and get Aldean to talk trash on his fellow country singers, but he can’t seem to bring himself to do it! However, he does call out Luke Bryan for his hip-shaking dance routine!

Who do you think should win the ACM Entertainer of the Year award? Tell us in the comments!