By Manly Bryant on March 21, 2018
Advertisement 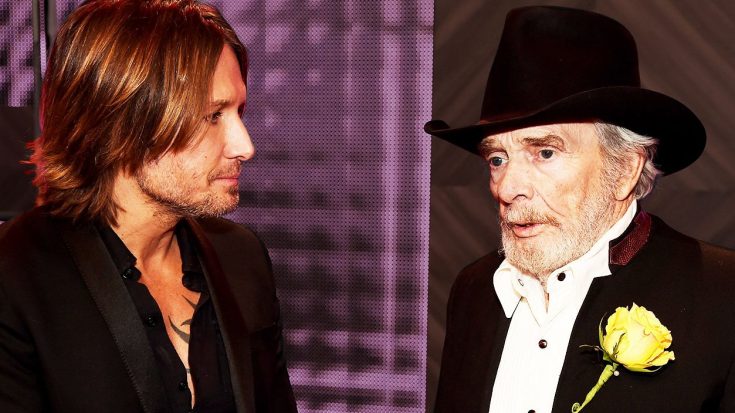 Before he was able to finish the track and release it, this country music superstar had to get permission from one of country music’s most-treasured music legend’s family.

Keith Urban has already announced his forthcoming album and supporting world tour, Graffiti U, but it wasn’t until this week that his first single was revealed…and there was a lot of work put into it.

While many of you may be curious as to why Urban’s song lists Haggard as a co-writer, the reason stems back to his childhood and upbringing with classic country songs.

The song, which is about Urban’s dream to come to America, samples a piece of Merle Haggard’s unforgettable song, “Mama Tried.”

“I knew right then the story of the song was about the struggles of being in a city where your dreams have brought you, but far from your home — wherever, whomever and whatever that is for each of us,” Urban revealed.

“‘Coming Home’ started with an idea I had of using the intro of one of my favorite Haggard songs, ‘Mama Tried,’ to build an entirely new song around it. Then, I took the idea to J.R. Rotem and he put some chords around it.”

Because Urban sampled the intro from Haggard’s legendary tune, he needed to make sure that Merle’s family approved of the song before he recorded it.

“I called Theresa Haggard and Ben Haggard to play them what we’d been working on,” he adds. “It was important to me to have their blessing — and I’m so grateful that they love the song.”

While his album doesn’t have a set release date, his tour will kick off in June and it’s logical to assume he will release it beforehand.

Watch the video below for Keith Urban’s new single, “Coming Home” and tell us if you like how he used the intro to “Mama Tried.”