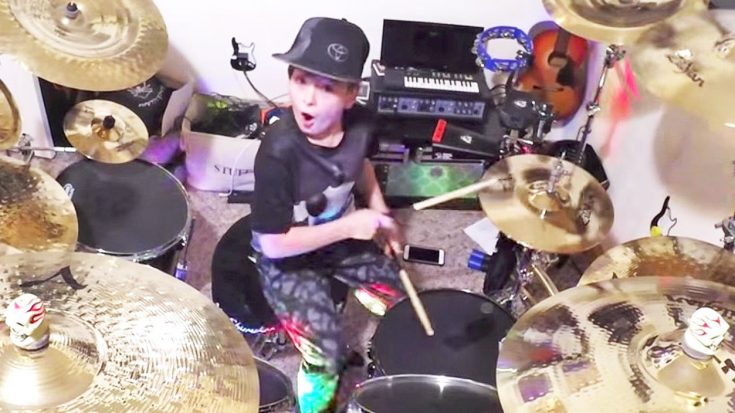 Alex Shumaker is now 11, but he was only ten at the time he filmed himself playing the drum set along to one of the hottest country hits of the past year. That hit was Keith Urban and Carrie Underwood‘s “The Fighter,” which proved to be a true contender against other singles at the time. It reached the second spot on both the Billboard Hot Country Songs chart and the Country Airplay chart, making it one of the most successful songs of the year so far.

In the past, Shumaker has played everything from Guns N’ Roses “Sweet Child o’ Mine” to Florida Georgia Line‘s “This Is How We Roll.” Those are some of his most popular covers, and we have a feeling his video for “The Fighter” will soon rank right up there with them.