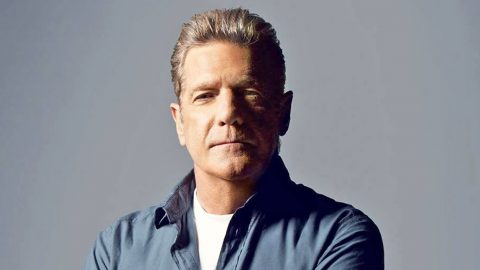 Almost exactly two years ago, Eagles co-founder, co-lead singer, and guitarist Glenn Frey passed away from complications of rheumatoid arthritis. According to a statement posted to the legendary band’s official website, Frey was also battling acute ulcerative colitis and pneumonia.

Following his passing, the Eagles’ manager Irving Azoff told TheWrap that “the colitis and pneumonia were side effects from all the meds. He died from complications of ulcer and colitis after being treated with drugs for his rheumatoid arthritis which he had for over 15 years.”

According to Reuters, the state of New York has a two-year “statute of limitations for wrongful death cases” and Cindy filed the lawsuit shortly before it expired. She is seeking unspecified damages.

Glenn and Cindy were married in 1990 and remained together for 26 years – until his death. They have three children together. For some time, the Eagles didn’t know if they’d ever play together after Frey’s death, but his son Deacon will be playing guitar in his place while they tour in 2018. Country legend Vince Gill has also joined the band.

Watch Glenn Frey and the Eagles perform their iconic song “Take it Easy” below.