Will Loretta Lynn Return To The Stage After Breaking Her Hip?

By Jennifer Pernicano on February 9, 2018
Advertisement 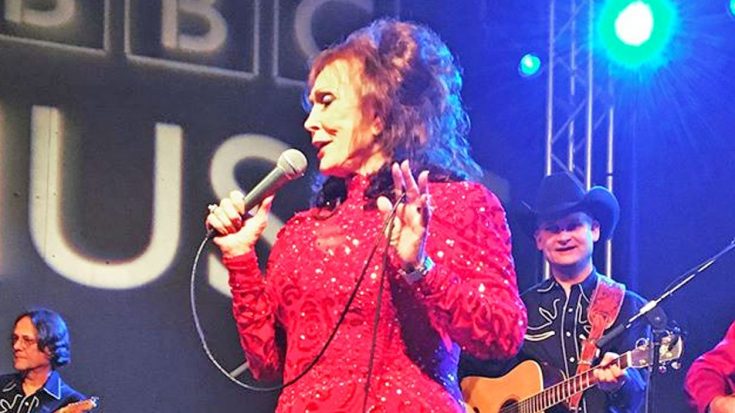 As she was almost fully recovered from having a debilitating stroke in May 2017, country legend Loretta Lynn suffered a major setback – she fell down and fractured her hip, which was revealed by her sister Crystal Gayle on January 8.

Crystal took to Facebook during her birthday week to ask fans for a special birthday wish.

“My birthday wish is for everyone to send love and prayers to my sister, Loretta Lynn, who fell and broke her hip last week,” she wrote. “I was with Loretta yesterday. She is in good spirits as well as can be expected with this type of injury.”

A few hours later, Loretta’s team broke their silence by posting a statement on her Facebook page saying, “American music icon, Loretta Lynn is recovering from a fractured hip after a fall while at home. She is doing well and thanks all her fans for their thoughts and prayers.”

In an interview with PEOPLE in January, Loretta’s daughter, Patsy, gave details about the fall and how she has been feeling since.

“She had an accident on New Year’s Day and fractured her hip,” she told the magazine. “At my mom’s age it’s so dangerous when it comes to the hip, so we’re all just grateful she seems to be okay. She’s up putting weight on it and starting her rehab now. She’s in great spirits.”

Lynn, who is 85 years old, has stayed out of the public eye for the majority of last year following her stroke besides performing at her ranch at the beginning of October and helping induct Alan Jackson into the Country Music Hall of Fame a couple weeks later.

In a new interview with Closer Weekly, Loretta’s granddaughter Tayla reassured fans that nothing is going to stop her “Memaw” from returning to performing.

She said, “Memaw is a rock star. Never underestimate her. She’s doing amazing! She’s so tough. A little slip ain’t gonna get her down.”

Closer also reports that Loretta is undergoing physical therapy and should be rarin’ to go back on tour in May! Patsy told PEOPLE last month that her music is what is keeping her going.

Watch Loretta perform for the first time since her stroke in the video below.