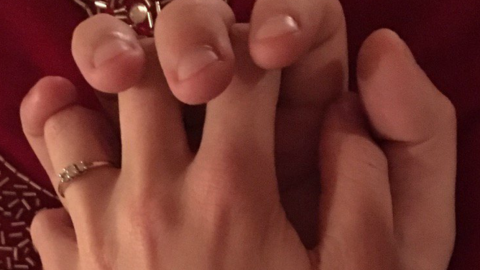 It’s been a season to celebrate for many of country music’s finest. From engagements to birth announcements, there’s been plenty of big news to share over the last two weeks. Now we have one more engagement to add to the list.

Wayne teased that she had something to celebrate with photos a day prior to the engagement announcement.

23-year old Morgan, a Mississippi native, released his debut album earlier this year and found success with his first single, “I Met A Girl,” a tune co-written by Sam Hunt.

Wayne, 34, gave up a professional tennis career to pursue her music passion. She moved to Nashville and quickly earned a reputation as a skilled songwriter. Her trio, Runaway June, recently became the first female trio in a decade to reach Top 30 on the country charts with their debut single, “Lipstick.”