By Jennifer Pernicano on November 15, 2016
Advertisement 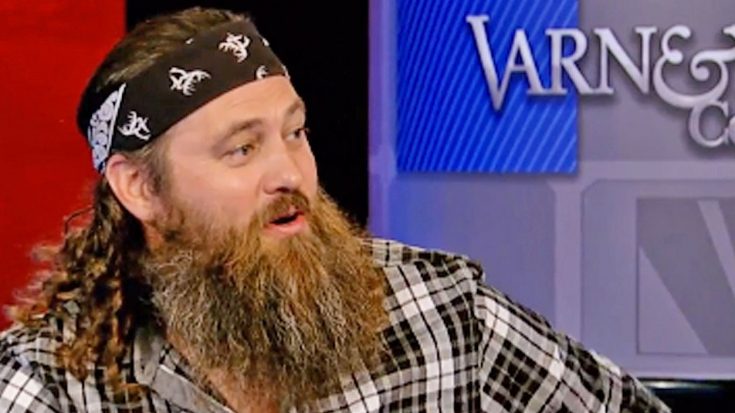 Duck Dynasty star Willie Robertson has been a Donald Trump supporter since he announced he was going to run for president.

Robertson spoke at Trump rallies and even the Republican National Convention to show his support. Over time, his whole family showed their support for the then-presidential candidate.

In a somewhat shocking turn of events, Trump won the election and now the President-elect is facing some unhappy Americans who have begun protesting his win, even though Hillary Clinton told the American people that we must give him a chance to lead.

While stopping by Fox Business Network’s Varney & Co. to promote his new book The American Fisherman, Willie Robertson was asked how he felt about these protests.

“Sometimes you win, sometimes you lose,” he said. “There’s no crying in politics. [The protests] aren’t gonna change anything! You got four years! It’s a marathon, not a sprint.”

Varney & Co. host Stuart Varney said, “I want your judgement on this. It’s pathetic! You’ve got people in their 30s in their office crying!”

Robertson believes everyone’s shock over Trump’s win is because “the media said there was no chance that this was gonna happen, and it happened. They don’t know how to deal with it”.

Do you agree with Willie? Sound off in the comments below.