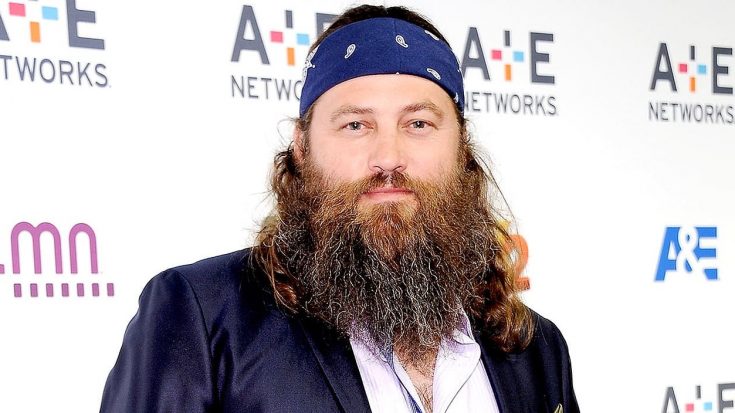 Willie Robertson rose to fame when his family business, Duck Commander, became a multi-million dollar brand. From producing duck calls to being the star of a hit reality show, Willie’s life has changed right before our eyes.

Along with a reality show, Willie has released several books and is a #1 New York Times bestselling author. He is taking another chance at writing and announced he will have a new book, ready for purchase on November 15, 2016.

Titled The American Fisherman: How Our Nation’s Anglers Founded, Fed, Financed, and Forever Shaped the U.S.A. is somewhat of a followup to has last book, 2015’s The American Hunter: How Legendary Hunters Shaped America.

In The American Fisherman, Willie “traces the impact fishing has had in shaping America’s history, and reveals the influential role it has played in defining our lives,” according to Page and Palette.

He also tells family stories centered around fishing and how it’s much more than just a pastime. He boasts that it has contributed to our culture in TV, movies, and literature.

One family story he talks about was featured on Duck Dynasty, but Willie really dives into the story in the new book.

According to Radar Online, Willie writes about a story where his son, John Luke, and his then-girlfriend were trying to go on a date, but Willie’s dad, Phil, hijacked their plan.

“He said he wanted to get some insight into the teenage mind, but I think he was trying to keep an eye on them so they didn’t have sex,” Willie writes.

To continue to keep an eye on them, Phil insisted they clean the fish together too. “Cleaning fish is a great first date,” Phil said, according to son Willie. “It’s romantic!”

You can preorder Willie’s new book here. Watch the fishing clip from Duck Dynasty below.