Willie Robertson Reveals What His Plans Are After ‘Duck Dynasty’ 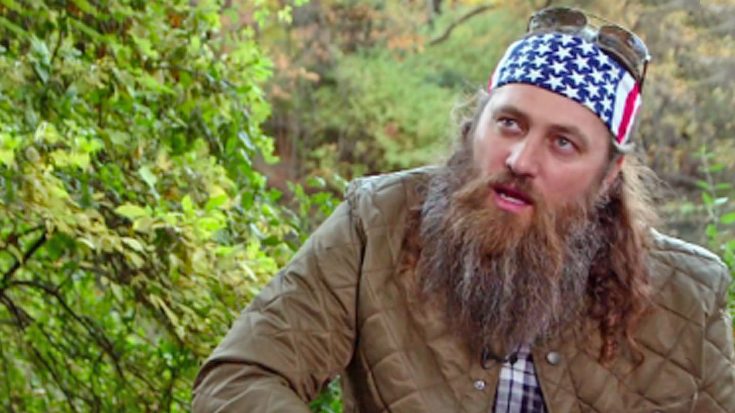 Duck Dynasty fans around the nation were stunned when the Robertson family announced that the current 11th season of the show would be its last.

Korie Robertson assured us that “this is going to be the best season yet. And you might see us again on a special or two.” Her brother-in-law, Jase, took to Twitter to promise fans that it is a “REALLY long season“. In fact, the series premiere won’t even be until April 12th, so we have a lot of time with the Robertson family before it’s time to bid adieu.

Some of the family members know what their futures hold. Missy, Jase’s wife, started a very successful jewelry line and so did Jep’s wife, Jessica. Korie is staying busy with three kids still in junior high and high school as well as traveling with Sadie, John Luke and the rest of their “squad” for their fall Live Original Tour, which is rumored to return again next year.

Sadie has a lot of things lined up including a months-long tour with Winter Jam, a clothing line and various other projects. John Luke and his wife are away at college, and Jase and Missy’s eldest recently moved to Nashville with his new wife.

It seems the ducklings are growing up and leaving the nest, but what about Duck Commander CEO Willie? He recently wrote a new book titled The American Fisherman, and is still is in shock his family has been on TV the last five years.

“You think about it like this: Five years ago, if someone would have asked me what my goal was, I probably would have been way short of what was going to happen,” he told CBN. “I don’t want to limit myself or limit God or anything. It will be nice at some point to slow down a little bit, kind of enjoy some of the things we’ve done.”

Although he would love to be able to slow down, it looks like he is going to do everything but that. Being the CEO of a multi-million dollar company isn’t easy work, plus he is currently starring on new show with Uncle Si called Going Si-Ral.