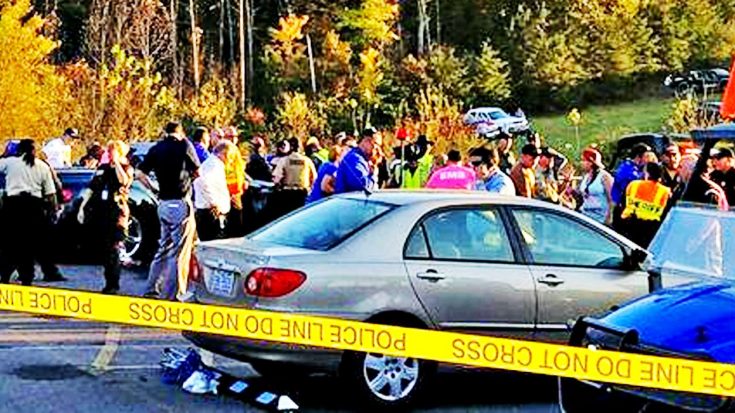 “I saw him going through all the people. It was the craziest thing I’ve ever seen in my life,” a victim says of the horrifying incident at Martinsville Speedway this last weekend.

In all, 22 people were injured after a man drove his car through a crowd of NASCAR fans waiting to take photos with drivers exiting the track.

Previously, the Virginia State Police had not identified the man, but according to Fox Sports, 65-year-old Gary T. Edem was charged with one count of reckless driving after speeding through a crowd of people at the track.

In an interview with Fox Sports, a witness and a victim both expressed their feelings on the incident – one of them claiming Edem drove through the crowd on purpose.

“We were just standing there watching people get on the helicopter…” Russell Tipton explained. “Some guy … I don’t know what his deal was. I heard him gas it up and he just run right through the crowd, running over people. It was crazy.”

And while many people have recalled hearing him slam on the accelerator before driving his vehicle into the crowd, one man says that it was an intentional act.

“He drove right through us,” says Joel Fulp. “He stopped and looked at us and looked me right in the eye and … he said, ‘F— this,’ and drove right down through the middle of the crowd.”

What do you think of this terrifying and scary ordeal?