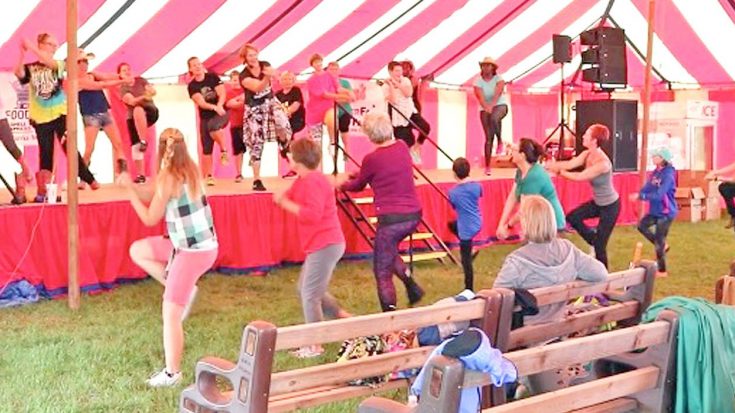 Pick almost any of Trace Adkins‘ more upbeat tunes, and it’s likely that it would be the perfect track for you to get down and dance to. All styles of dance can match up with these tunes…even Zumba!

Back in August 2017, one Zumba group took to their county fair in South Dakota to entertain their fellow attendees with a dance to one of Adkins’ biggest hits. That hit was “Swing,” which reached the 20th spot on the Billboard Hot Country Songs chart following its release in 2006.

Adkins was actually scheduled to perfom at the fair later that night, so it was the perfect opportunity for the group to show off their dance to “Swing.” The managed to get some of the spectators involved as well, as several people hopped out of their seats and started dancing along.

Based on a video taken from the group’s performance, it looks like everyone involved had a fun time dancing to “Swing.” We have to wonder if they danced to the song when Adkins performed it at his show later that night!

Tune in below to watch these county fair goers have the time of their lives dancing to Adkins’ hit song. We would have been dancing right along with them if we were there!