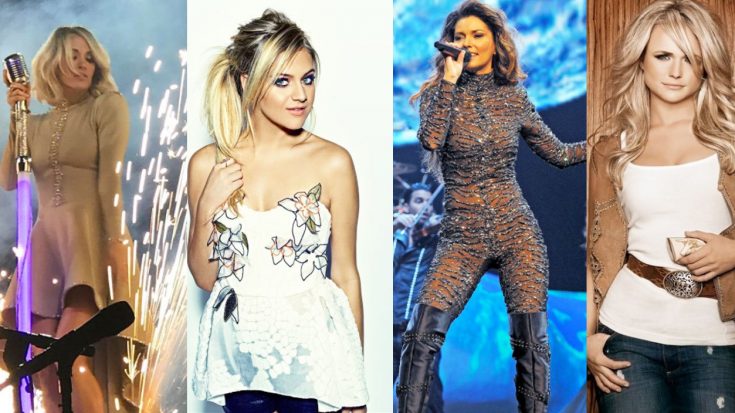 While the country singer has not released an album of new material since her 2002 album Up!, she has made residence in Las Vegas cashing in on the lucrative market performing her greatest hits. In an interview with Rolling Stone in October, Twain confirmed we can expect new music from her “really soon.”

The year’s rankings are counted starting with June 1, 2015 and ending June 1, 2016. Former country singer Taylor Swift held the No.1 spot, pulling in over $170 million. While Carrie Underwood and Miranda Lambert both earned into the double-digit millions last year, it wasn’t quite enough to land them a spot on the list.

So what do you think? Were you surprised? Be sure to let us know what you think in the comments!