By Manly Bryant on August 17, 2021
Advertisement 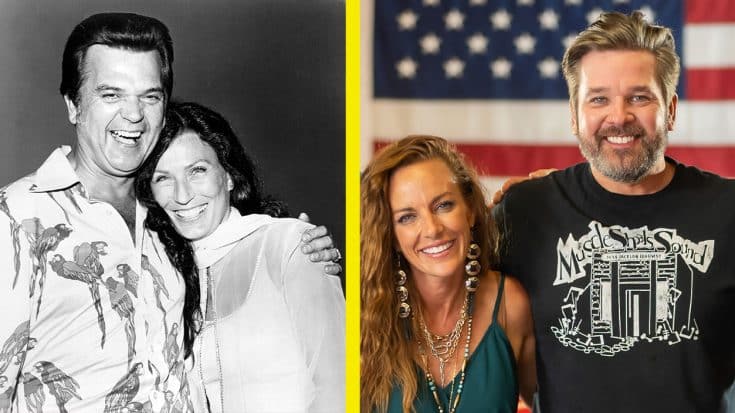 Loretta Lynn and Conway Twitty are two of the biggest names in country music. The two of them created one of the greatest duos that the genre has ever seen. Together they released 11 studio albums between 1971 and 1988, four of which became No. 1 country albums.

Mooney, Lynn’s husband, got his hands on the song “Louisiana Woman, Mississippi Man” when the songwriter, Jim Owen, who wrote the song with Becki Bluefield, dropped the demo off at Lynn’s office. Mooney knew it would be the perfect song for Lynn and Twitty to sing – turns out he was 100% right.

Lynn and Conway’s 1973 duet album, Louisiana Woman, Mississippi Man, became a No. 1 country album, and all five singles from the record went No. 1 on Billboard as well.

The two of them are not only are musically talented but also look astonishingly like their grandparents.