By Jennifer Pernicano on March 3, 2022
Advertisement 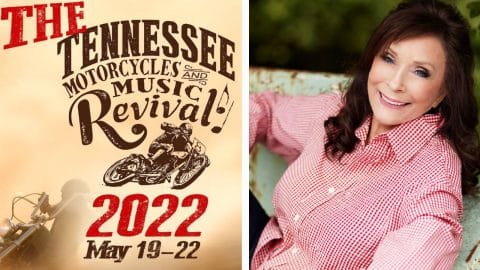 Since 2017, Loretta Lynn’s famous Ranch has hosted the Tennessee Motorcycles & Music Revival Event…and this year, Country Rebel is partnering with them.

Country Rebel co-founders Darin Blue and Kevin Blue express that they are “honored to support Loretta’s ranch and the Lynn family” for this one-of-a-kind experience, which is the “biggest and best bike rally and music festival wrapped up in one 4-day event!”

Country Rebel will be helping with the promotion of The Tennessee Motorcycles and Music Revival that will take place from May 19-22 at Loretta Lynn’s Ranch in Hurricane Mills, Tennessee, which is about an hour West of Nashville.

The lineup for the event was announced on Thursday (March 3) on Sirius XM The Highway by host Storme Warren and is as follows:

Watch the recap video from 2019’s event below.