By Jennifer Pernicano on March 20, 2019
Advertisement 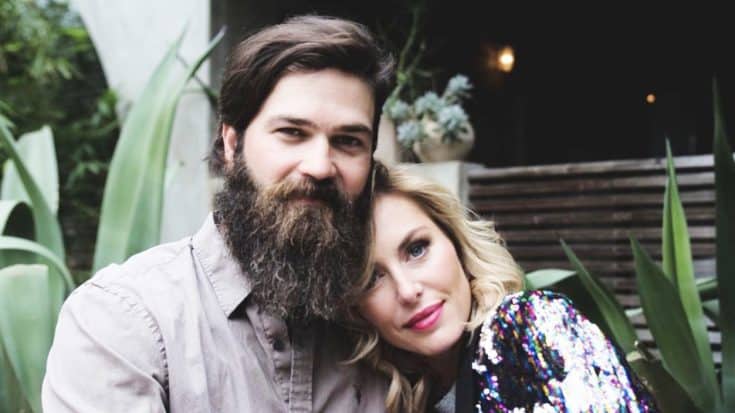 Almost two years after the hit reality television show Duck Dynasty came to an end after 11 seasons, Jessica Robertson has unveiled a brand-new business venture that is very different from duck hunting, which is how her husband’s family rose to fame.

Wife to the youngest Robertson brother, Jep, Jessica has created quite a following, with over one million Instagram followers and a successful blog. Both Jessica and Jep have entrepreneurial minds, which makes her new business venture no surprise.

The couple also opened up a food truck a year later in October 2017 called Jep’s Southern Roots, which is located in their new hometown of Austin, Texas.

I'm so proud of this man and how hard he works. Did I mention the food he makes is delicious? #mancrushmonday

In almost every Instagram post, you can find comments from fans complimenting her fashion style, and asking her where they can find similar pieces to add to their own wardrobe, and instead of continuing to plug other clothing lines, she created her own!

A little slow to the punch, (thanks instagram ?) but we are thrilled to announce the Jessica Robertson clothing line is NOW AVAILABLE on roolee.com! She worked hand in hand with our designers and we couldn’t be more excited with how everything turned out! Come meet Jessica + shop our booth this weekend at @magnolia’s #springatthesilos! Head over to @jessicaduckwife’s latest post to see when she’ll be here.

Her pieces are classic, Southern styles that include jumpers, skirts, blouses, dresses and pants. Her children, daughter Merritt, son River, and daughter Lily, are clearly part of the inspirations behind naming several of the pieces, including “Merritt Gingham Pant,” “River Classic Tee,” “Lillian Gingham Skirt,” which Lily can be seen modeling below.

The Lillian Gingham Skirt and the Daisy Detail Top are so flattering on all!! My Lily is 5’1” and wearing an XS in both, but they come in sizes XXS-XXXL. To check out and shop my Jessica Robertson Collection by Roolee, click the link in my bio!

Jessica shared photos of herself and her three daughters, Lily, Merritt, and Priscilla modeling different looks on her Instagram page.

It’s finally here!!! My line Jessica Robertson by Roolee has finally launched!!! Link in bio!! I seriously love these pieces!! And I’m so proud I got to design clothes that fit even my 12 year old!!! You can shop online now and will be sold @magnolia #springatthesilos in the @roolee booth tomorrow Thursday-Saturday. I’ll be at the booth Thursday and Friday 2-5, and Saturday 10-4 so come say hello!!! If you have questions about sizing etc let me know!

I’m so excited that my new line “Jessica Robertson Collection by Roolee” is finally launching this week!!! And I love even more that all my girls can wear each piece!!! I love fashion, love creating, and love even more being a mom to three beautiful daughters…Each one so unique with their own style, talents, and passions… GIRLS are FUN!!! We’ll be launching at Spring at the Silos this Thursday March 14-16 at the Roolee booth but it’ll also be sold online at Roolee starting March 13th 7pm MST I’ll be at the Roolee booth Thurs.-Sat. So, stop by and I’ll show you my line personally!!!

The Jessica Robertson Collection is not only fashionable, but also affordable – $52 or less! You can shop her collection here. Let us know if you buy anything!