Have Sadie Robertson And Austin North Called It Quits? 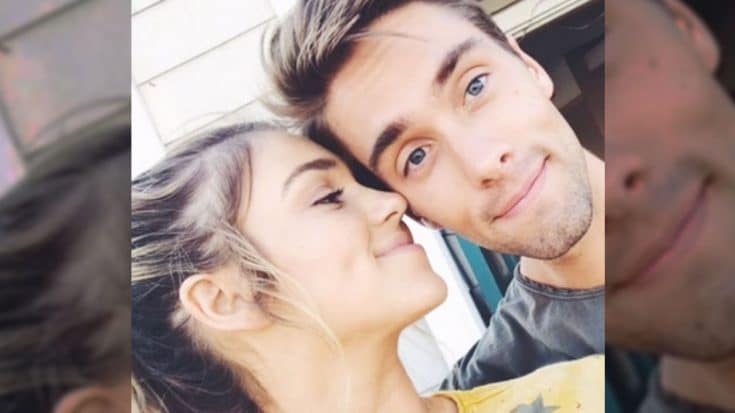 Just three months ago, Duck Dynasty star Sadie Robertson revealed that she was dating Disney Channel actor Austin North. After news of their relationship broke, the couple kept social media on fire with photos of their budding relationship. But, if Sadie’s latest social media posts are any indication, her romance with North may be over.

21-year-old Robertson first met the actor online two years ago when he sent her a DM on Twitter. He eventually asked for her phone number and the two spent the summer calling and texting, but didn’t meet in person until somewhat recently.

“I was in LA for my book press, and my friend said she wanted to set me up with someone at Churchome when we went on a Wednesday night, and to my surprise it was Austin!” Sadie told ET. “We both laughed and couldn’t believe the randomness of finally meeting [through] a friend who had no idea we even knew each other.”

The two instantly had a connection, Sadie added. And it appeared that their love was going strong until both stopped sharing photos together roughly one month ago. While the two still follow each other on their respective accounts, their last photos together were on Sadie’s 21st birthday on June 11.

incredibly special day. feeling so loved by all of you … just want to say thank you so much for all the kind words, fun pictures, fun post, FUN, sweetness, and true friendship everyone has shown today! It means so so much ? true gift today is doing life with all of you and recognizing how thankful i am!

Happy Birthday beautiful ❤️ Can’t wait to spend this day with you. I’m so so so so so blessed to have you in my life. Now let’s go be our dorky selves and have the best time ever????

Fans quickly took notice of the lack of couple pictures, and Sadie fueled the speculation with recent posts. On Friday (July 13), the Duck Dynasty star posted a photo to Instagram in which she is wearing a sweater that reads “Free as a bird.” The caption says simply, “Free as a frito…” On Saturday (July 14), she posted a cryptic note to Twitter that read, “What you think you need may not be best for where HE has you going, and what He will give will be what sets you a part for the purpose He has been waiting to reveal in you.”

What you think you need may not be best for where HE has you going, and what He will give will be what sets you a part for the purpose He has been waiting to reveal in you.

While it’s quite possible that Sadie and Austin have called it quits, it’s also possible that the two just simply don’t have as much time to spend together now that Sadie is gearing up for her Live Original tour that is set to kick off this fall.

One thing is for sure, we all wish Sadie the best…whether it’s with Austin or another lucky guy.