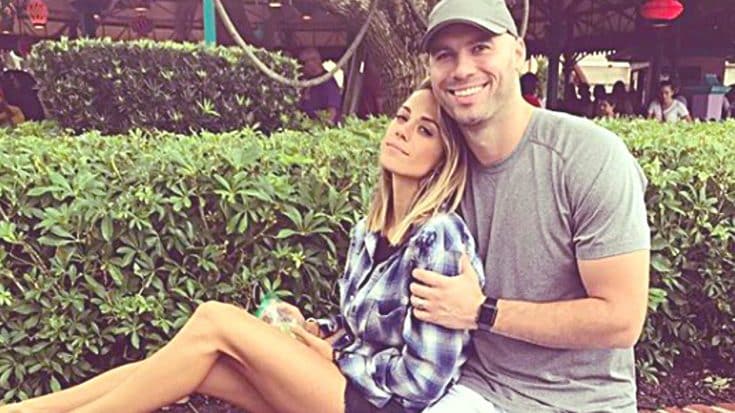 Whirlwind Relationship Of Highs And Lows

In August 2014, country singer Jana Kramer started dating Washington Redskins tight end Mike Caussin. However, the couple split up after just a few weeks, with Kramer saying the reason for the split was because Caussin had cheated on her.

It didn’t take long for Kramer to forgive Caussin, and the two eventually got back together, and were engaged in December 2014. The two married on May 22, 2015, and welcomed their first child, Jolie Rae Caussin on January 31, 2016.

Just months after Jolie’s birth, it was announced that Kramer and Caussin were separating after just a little over a year of marriage. It was soon revealed the reason for the split was Caussin’s infidelity, and that he had entered rehab for sex addiction.

Determined To Make It Work

But rather than split up for good, Kramer decided to fight for their marriage. She and Caussin reunited with a determination to make their relationship work.

The couple renewed their vows in December 2017, and just celebrated their third wedding anniversary. Kramer shared a special post on Instagram to mark the occasion, noting just how difficult their relationship has been so far.

“For better or for worse…. I love you babe,” she wrote.

Obviously things haven’t been easy for Kramer and Caussin since they’ve reunited. There’s a lot of trust issues there on Kramer’s end, and understandably so. But this lack of trust has led to some serious problems, especially when it comes to their love life.

On a new episode of her Whine Down podcast, Kramer and Caussin got personal about how his past cheating has affected the intimate aspects of their relationship.

As Caussin confessed, he has cheated in every relationship he’s ever been in because of his issues with intimacy. “I never connected sex and intimacy and love together before in my life,” he said.

Because of this, Caussin doesn’t always seem into the idea of being intimate with Kramer. If he turns her down, even if he’s simply tired, she begins to get angry and feel insecure.

Even though they have their struggles, the two are working together to become better as individuals and a couple. Kramer noted how just the sheer fact that Caussin wants to try and work on his issues concerning intimacy is a big deal.

“The fact that you even want to work on your intimacy is huge…it’s a bigger uphill battle for you,” she said.

Although it has taken time, the two have gotten better at communicating with each other, which has helped relieve some of the strain on their relationship. “Especially when there is infidelity involved, communication is key. You and I have slowly gotten better at this,” Caussin said.

No matter how many struggles they face, the two obviously remain determined to work through them together. That takes a great deal of dedication!