By Jennifer Pernicano on May 14, 2018
Advertisement 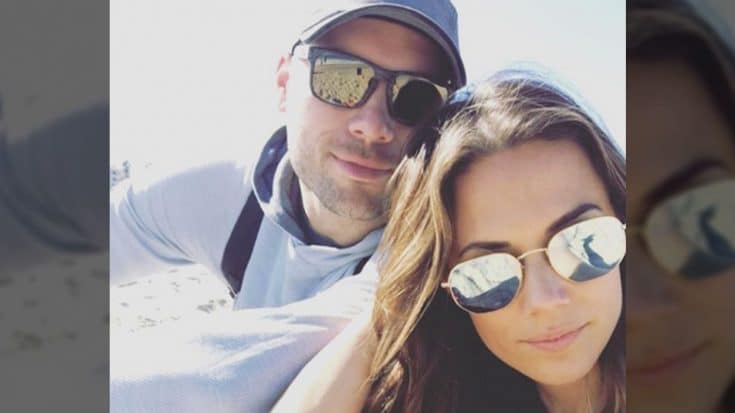 If there’s one thing you should know about country singer Jana Kramer, it’s that she doesn’t give up.

She’s never given up on her acting career, singing career, and especially, her family. She married former NFL player Mike Caussin in August 2015, and they welcomed a daughter, Jolie Rae, on January 31, 2016.

Welcome to the world our sweet princess Jolie Rae Caussin. Momma and daddy love you so much. Photo by @brookekellyphotography

Just seven months later, the two split up due to Caussin’s infidelity and he checked into a rehab facility. During their split, she competed on Dancing With The Stars and was seen wearing her wedding band the entire time.

Slowly, Caussin began appearing in Kramer’s Instagram stories more and more and then in actual posts, causing fans to speculate a reunion between the two. Last Father’s Day, she made a post about him, praising his skills as a father.

We may not have the perfect fairytale love story but what is perfect between us is our little girl. Happy Father's day to Jolie's daddy. There's one thing we can for sure always agree on… you're an amazing father and she's so lucky to have you.

Kramer is usually an open book with her fans, but kept this part of her life extremely personal – but now that she is hosting her own podcast called Whine Down, she is finally opening up about it.

After speaking about her marital problems with Caussin, including his infidelity, during her first episode, she found out it hurt his feelings a little bit because he wasn’t able to tell his side of the story. So, to even things out, she brought him in the studio for the second episode to talk about their marriage, issues, and their love for their daughter.

While they can’t agree on if he is a great husband or not (he’s working on it), she is the first to say that he is a great father.

A dad and his girl. #theirownworld

On Whine Down, Caussin and Kramer talked openly about their “breaking point.”

“The thing is until someone wants to change themselves, there’s no amount of therapy, no amount of talking you can do about it until you make that decision for yourself,” Caussin said. “She said, ‘Look, I’m giving you every opportunity. I am here. I am willing to work on this. I want this family to work.’ Basically, step up or get out. And it got to a point of an ultimatum and that’s where I hit my breaking point. She hit her breaking point. I hit mine.”

It seems like this couple’s persistence has paid off. The two renewed their vows on December 2, 2017 in Hawaii.

2017……..you broke my heart, you broke me down, you made me question everything, but damn did you make me strong. You taught me patience, you taught me family was everything. You made me believe not only in myself but the power of forgiveness. You turned me into the women I always wanted to be. I have NO clue what 2018 has in store for me but I’ve never been more ready to live day by day and enjoy each day as it comes at me. Here’s to always believing in love and fighting for it…. (Pics from Hawaii Dec 2nd…vow renewal.. photos by @rodrigomoraesphotography )….2018, I’m ready for you!