Lindsie Chrisley: “I Will Never Forgive My Dad” 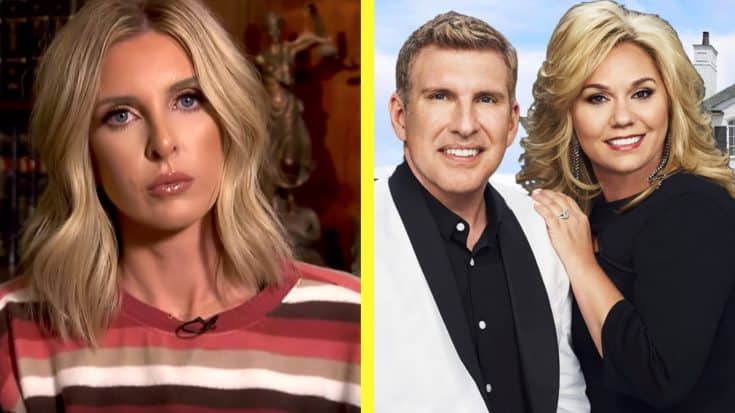 Caught in a paparazzi crowd outside of Los Angeles International Airport, the eldest daughter of embattled television star and real estate mogul, Todd Chrisley, is making some powerful statements.

In August 2019, just a week after Todd and his wife Julie (Lindsie’s stepmom) were indicted on 12 federal charges that include conspiracy, fraud, and tax evasion – Lindsie filed a police report claiming that Todd and her brother Chase were trying to blackmail her with a sex tape.

"It’s heartbreaking and shameful…" he said in a statement.

According to People Magazine, and a police report from Georgia obtained by TMZ – Lindsie alleges that her brother and father “harassed and threatened her” over an alleged sex tape.

Nowhere in her claim does she specify who was in the tape with her. She does claim that the reason they were trying to blackmail her was so that she would lie about the financial issues her family is facing – and “if she refused to do so, they were going to release the sex tape.”

For the first time since news of the scandal and federal indictments broke, the youngest daughter of Todd Chrisley is speaking out. And she doesn't hold anything back.

Todd then responded, calling the allegations shameful – but stating that he will always forgive her and she will always be his daughter.

Offering Lindsie a blanket amount of forgiveness for her actions, he said: “She will always be my daughter, that will never change. She is my firstborn child, and she is loved, and this is her moment for her to say whatever she wants to say regardless of whether or not its true or not; she is forgiven.”

Todd also went on to say that folks should expect a lot of “revelations” in their federal financial crimes case.

Even after her father said he would always forgive her, her younger sister, Savannah, said that could never happen between the two sisters.

It now seems that Lindsie has a similar sentiment – but toward her dad and brother whom she filed the report against. TMZ caught up with her as she was waiting to check-in at LAX – and asked her some hard-hitting questions.

In the video below, she states that there is absolutely no way she would ever be able to forgive him – but she also doesn’t want him to go to jail.

Check out the full video below – and let us know what you think in the comments.