By Jennifer Pernicano on January 30, 2019
Advertisement 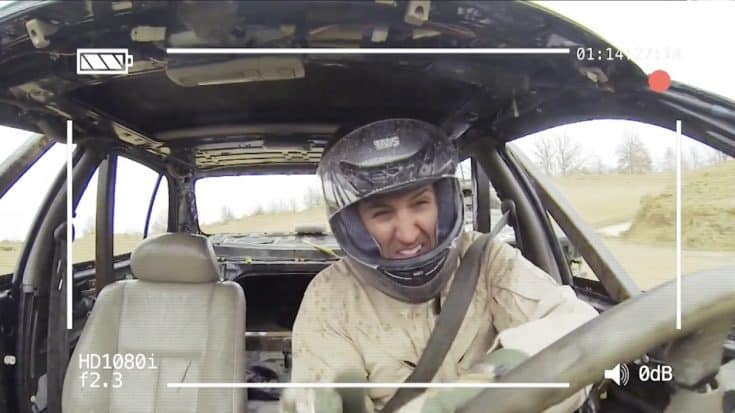 In 2006, Duck Commander CEO and Duck Dynasty star Willie Robertson started a new business venture for his love of hunting deer. Buck Commander was born, but not without the help of his fellow Buckmen, former professional baseball players Ryan Langerhans, Adam LaRoche, and Tombo Martin, as well as good friends and country stars Luke Bryan, and Jason Aldean.

The Buckmen film a series of DVDs and star on the popular TV show, Buck Commander Protected by Under Armour, which airs on Outdoor Channel. The Buckmen spend a lot of time together and when watching the show, “you know two things are going to happen: many deer will fall and there will never be a dull moment.”

Heaven on earth! This week on Buck Commander, the boys head back to Utah to chase mule deer and elk! Don’t miss it! Sat at 10:30 AM ET on @outdoorchanneltv

Buck Commander has given us some of the best clips of Luke, including his hilarious reaction after he kills a deer. Apparently he does this after every kill. Being a seasoned hunter, you’d think he’d get over the excitement, but he doesn’t!

Is he down? Luke Bryan

Another great Luke moment was when the guys pranked him by putting a real rat in a backpack!

While in the deer stand,  a cameraman asked Luke to grab ear plugs out of his backpack, so he went digging and was greeted by a furry friend. His freak out reaction was hilarious because he had to stay quiet in the deer stand!

In 2013 before a hunt, the Buck Commander guys competed in a Crash Derby, where they drove beat up cars around a dirt track. There aren’t many rules, if any, in Crash Derby so before the race even started, Luke’s car was being bumped by the car behind him!

Luke’s car gets crashed into almost immediately and turned the wrong way, but he keeps driving and doesn’t give up!

The video cut to Luke’s face, which looked quite concerned, but he kept driving. The race came down to Tombo and Jason in the lead. Watch the Crash Derby in the video below to see who won the race!