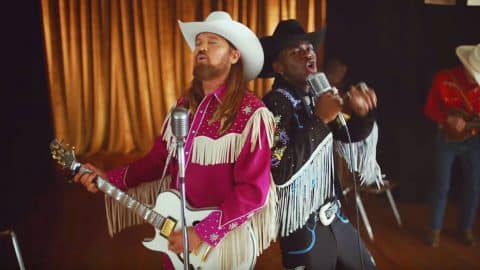 While it is being characterized as a movie in the bio and description of the video, this is in fact an additional music video for the song just in a more cinematic and story-telling format. It takes place in both a western fantasy land and what also appears to be the streets of Compton, CA.

The controversial song has been dominating charts since its release and has garnered more than 200 million streams on Youtube alone when you combine the audio track and the official music video streaming numbers.

With this new release comes some star-studded cameos as well by famous actor-comedian Chris Rock as well as EDM/electronic music powerhouse Diplo.

Chris rock is pretty easy to spot in the video with a handful of lines, but let’s see if you can spot Diplo’s cameo: