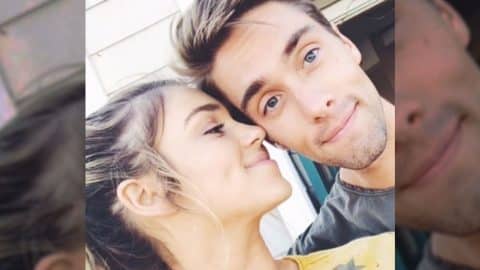 After this photo came a spontaneous trip to San Diego filled with boat rides, zoo adventures, and breakfasts with a view.

we had 0 plans, but we had full days and that’s what I like about you. ?♥? little document of these successful 4 days consisting of … crazy random adventures, the best people, squinty eyed full teeth smiles, belly laughs, random dancing, WOW GOD moments, sweet convos, beautiful sunsets, car dance party, lots of food, and all the makings of a real life romcom. until the next adventure ✌

Since then, although the two live in different parts of the country, it seems they have been inseparable! With Robertson residing in Nashville and North in Los Angeles, the two have seemed to make it work the past few months.

The couple was introduced by a mutual friend at a Los Angeles-based church, not knowing that they had actually talked before on social media a couple years prior! It was like it was meant to be! Robertson is already calling North her best friend, in a post on National Best Friend Day, which also included photos of all her other closest friends and her sisters.

The Duck Dynasty star and author celebrated her 21st birthday on Monday (June 11) with the help of her closest friends and North by her side. They had a fun filled day with piñatas, balloons, confetti, and to top it off, North sealed it with a romantic kiss that was, of course, documented on social media!

incredibly special day. feeling so loved by all of you … just want to say thank you so much for all the kind words, fun pictures, fun post, FUN, sweetness, and true friendship everyone has shown today! It means so so much ? true gift today is doing life with all of you and recognizing how thankful i am!

So far, we love them as a couple! Do you?