This Underwater City Is Built Inside The World’s Deepest Pool 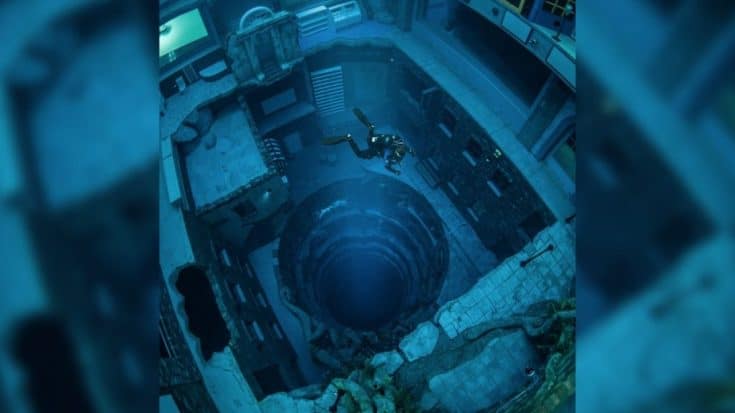 Dubai has just opened the largest deep diving pool in the world and it’s 196 feet deep. The Guinness World Records certified it as the “deepest swimming pool for diving” on June 27.

It’s called Deep Dive Dubai and it’s filled with about three million and seven hundred gallons of water. Just to put that into perspective, it’s about the size of six Olympic-sized swimming pools, which is four times bigger than any other diving pool in the world.

What makes it even more impressive is it’s also an underwater filming studio that gives the impression that the diver is swimming through a real underwater city. There’s even a media editing room near the pool so producers can edit film.

There’s also a game room where divers can visit and play arcade games and foosball.

“There are quite a few dive pools in the world that are deep, but this one is so much more interesting,” MSN reported Deep Dive Dubai director Jarrod Jablonski saying. “It’s not only deepest and largest, but the sunken city effect makes it next world order. There are so many things it’s really not fair to call it a pool.”

It also comes equipped with state-of-the-art lighting and sound systems that have been strategically placed throughout the pool to create certain atmospheres.

For safety, there are 56 cameras placed around the pool to monitor visitors as they dive. The facility also has the region’s most advanced hyperbaric chamber with a capacity of 12 people in case of an emergency. You can see more of the pool’s features in video footage filmed by divers.

Check Out Footage Of Deep Dive Dubai Below