By Jennifer Pernicano on February 16, 2021
Advertisement 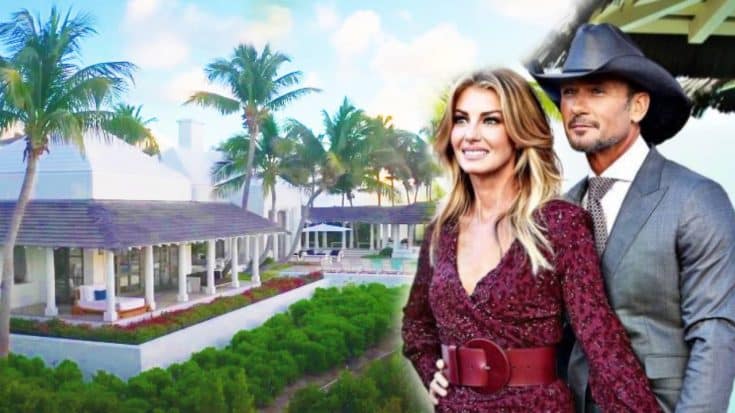 In 2003, Tim McGraw and Faith Hill purchased a private island in the Bahamas. After years of building, they showed off their breathtaking tropical island for the first time in a 2017 spread with Architectural Digest.

In the publication’s coverage of the McGraw-Hill island estate, the country stars opened up about the triumphs, surprises, and massive undertakings they went through to complete their vision for transforming it into a place they can call home.

“You’ve got to have water.”

“Water. Electricity. You don’t quite put all that together at first.”

It took nine years to build everything needed for the island to operate as their vacation home and to bring friends to the estate. McGraw and Hill vacationed there countless times with their daughters, who even recently went to the island without their parents.

Now, 18 years after they first purchased the island, called L’île d’Anges, the country music power couple is selling it for $35 million. The island was listed by Knight Frank and can be seen here.

Take a tour of their private island below.