‘True Grit’ Is Returning To Theaters, But Only For 2 Days – Where Can You See It?

By Miranda Raye on April 18, 2019
Advertisement 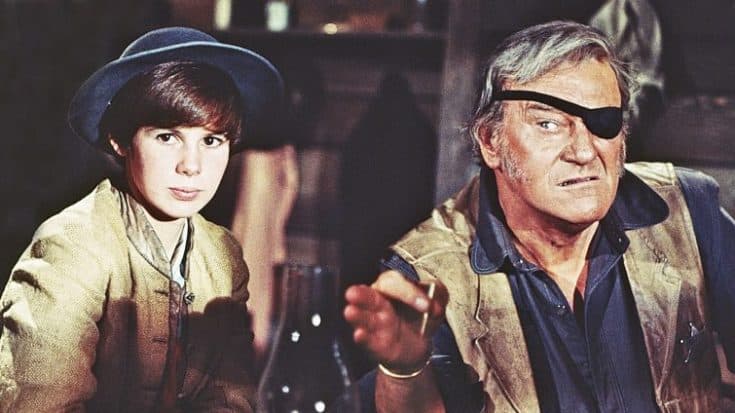 It may be hard to believe that after his many decades in show business, John Wayne only won one Academy Award. That award was for Best Actor, which he won for his performance in the 1969 Western, True Grit.

Known as one of Wayne’s most iconic and memorable films, True Grit had him playing U.S. Marshall Rooster Cogburn. A character named Mattie Ross, played by actress Kim Darby, calls on Cogburn to help in her search for the man who killed her father.

The pair is joined by Texas Ranger La Boeuf, played by country music star Glen Campbell. He also performed the title song that plays in the movie, and it too was nominated for an Academy Award.

The film was a smash success, and to this date is still regarded as one of the greatest Western movies of all time. Its popularity inspired the production of a new adaption (the original film was based on the Charles Portis novel of the same title), and that adaptation was released in 2010.

Starring Jeff Bridges as Cogburn, Matt Damon as La Boeuf, and Hailee Steinfeld as Ross, the new adaptation of True Grit stood out from its predecessor due to some major differences in the plot. Fans loved the new film as well, and it was a box office and critical success.

True Grit (2010) I prefer this 2010 remake over the 1969 original for which John Wayne won an Oscar. The 2010 version stars Jeff Bridges, Matt Damon, Hailee Steinfeld and Josh Brolin. About a stubborn girl who hires a tough US Marshall to hunt down a man who murdered her father. I believe I watched it 3 or 4 times, with great ease. #TrueGrit #JohnWayne #JeffBridges #MattDamon #HaileeSteinfeld #JoshBrolin #Hollywood #Western #Movie #Film

The Original Film Returns To Theaters

The 2010 adaptation sparked a True Grit fever that hasn’t cooled off all that much since. And this interest comes at the perfect time, since the original film is celebrating is 50th anniversary this year.

To mark the celebratory milestone, Fathom Events is bringing the iconic film back to the big screen…but only for two nights. The movie will play in select theaters on May 5 at 1PM and 4PM, and May 8 at noon and 7PM.

For its 50th Anniversary, the Classic John Wayne Western True Grit Rides Back into Movie Theaters for Two Days Only, May 5 and May 8, as Part of the TCM Big Screen Classics Series https://t.co/HjfZ6wcnG6 pic.twitter.com/52kIgr0xpB

If you manage to snag a ticket to one of the showings, you won’t just be rewatching the film on a bigger screen. The anniversary release will include introductory and closing commentary provided by the host of TCM, Ben Mankiewicz.

Tickets are sure to sell out for many of the showings, which are taking place at 600 theaters across the U.S. To see if the movie will be playing in a theater near you, check out the Fathom Events website here.

How many of y’all plan to see True Grit during its limited anniversary showing? As many times as we’ve watched it on TV in the past, we sure can’t wait to see it on the big screen!