Who Was The Guy Singing With Miley Cyrus Over The Weekend? All Your Questions Answered…

By Jennifer Pernicano on May 6, 2019
Advertisement 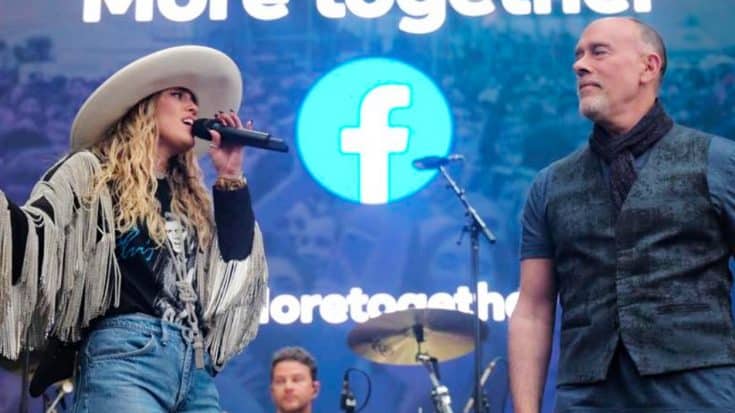 In the weeks leading up to Memphis’ famous Beale Street Music Festival, fans were getting ready to see some of the biggest names in music. Dave Matthews Band, Khalid, G-Eazy, OneRepublic, Cardi B, The Killers, Gary Clark Jr, and Lukas Nelson & Promise of the Real were just a few of the big names set to perform at the three-day music festival.

Beale Street was treated to a huge surprise when Tennessee-native Miley Cyrus came out to perform a 20–minute set.

Her appearance was in partnership with Facebook to launch the “More Together” campaign. “[Beale St Music Festival] is such an iconic festival that I think is just a patchwork of different styles and genres, so it couldn’t be a more perfect place for Facebook to launch this More Together campaign; it’s perfect timing,” Cyrus said in a statement, according to Rolling Stone.

Fans were first clued in to both the partnership and her appearance when she posted a photo of her and her husband Liam Hemsworth, using the caption, “Memphis here we come! #MoreTogether.”

She treated early festival-goers to her soundcheck of the 2009 song “Party In The USA,” which she played during her set, along with “We Can’t Stop” and her latest single, “Nothing Breaks Like A Heart.”

The surprises didn’t end there, though!

She also brought out singer-songwriter Marc Cohn for a special duet to his song “Walking In Memphis,” he first released back in 1991. Cohn took it to number 13 on the charts. The song had a resurgence in 1995 and 2003 when Cher and Lonestar, respectively, released their own versions of the song.

Prior to Cyrus and Cohn’s duet,  Billy Ray’s daughter spoke to the crowd a little bit about her love for Memphis. Although she grew up near Nashville, she explained that to keep her happy while growing up, her dad would often take to to Memphis to see the “gates of Graceland.”

“We would take these long drives, and we would listen to…probably the song everyone listens to when they’re driving to Memphis, which is ‘Walking In Memphis’,” she said introducing Cohn.

Sitting behind a grand piano, Cohn said, “I’ve never sang this song as a duet before! Let’s try it!”

He started playing the iconic piano intro and everyone started cheering. He sang the first verse solo, then Miley joined in harmony for the chorus.

It was a duet that everyone in attendance will remember forever! Watch it below.