By Jennifer Pernicano on April 7, 2022
Advertisement 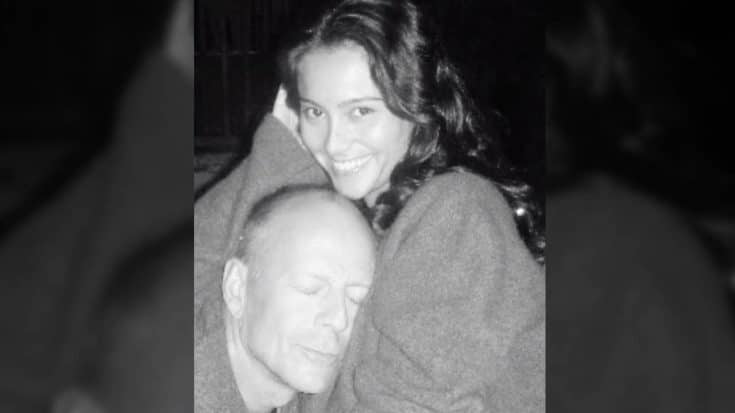 On March 30th, Bruce Willis’ family revealed that the actor had been diagnosed with aphasia, which is a disease where you lose the ability to understand or express speech. It is caused by brain damage and can occur after a head injury, stroke, or brain tumor. It is unknown how he got the disease.

Willis’s wife Emma, Demi, and his and Demi’s daughters Rumer, Scout, and Tallulah all posted the same photo of the actor with the same caption revealing the news.

“To Bruce’s amazing supporters, as a family we wanted to share that our beloved Bruce has been experiencing some health issues and has recently been diagnosed with aphasia, which is impacting his cognitive abilities,” the caption read. “As a result of this and with much consideration Bruce is stepping away from the career that has meant so much to him.”

The family continued, “This is a really challenging time for our family and we are so appreciative of your continued love, compassion and support. We are moving through this as a strong family unit, and wanted to bring his fans in because we know how much he means to you, as you do to him.
As Bruce always says, ‘Live it up’ and together we plan to do just that.”

The post was signed from Emma, Demi, Rumer, Scout, Tallulah, as well as his two young daughters with wife Emma, Mabel, & Evelyn.

Since the announcement, lots of support from fans and fellow celebrities have poured in.

Now, one week after revealing his diagnosis with the public, Emma is sharing some sweet photos of her and Bruce, which were taken on a recent outing by their daughter Mabel.

“Mom & Dad in their favorite habitat,” the caption read.

She also shared a video on her Instagram story that showed him walking in the woods.

We will continue to keep Bruce and his family in our prayers.