By Megan Dinsdale on June 4, 2019
Advertisement 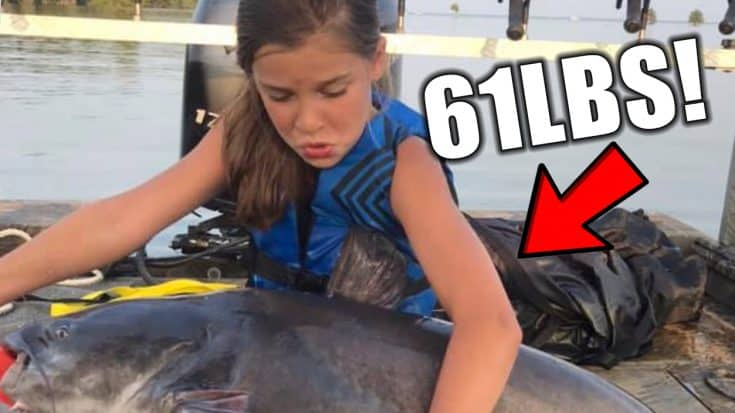 The best thing a father can ever give to his daughter is time.

What began as a family weekend at the lake, turned into one of the greatest catches the family’s daughter has ever had. What an awesome way to spend time bonding with your daughter!

Jason Wolfe has spent years taking friends and family out onto the lakes and rivers of South Carolina for fishing trips. Just a little over a year ago he would turn his passion of the outdoors into a profession and we’re glad he did! Captain Jason Wolfe is now a fully certified and licensed fishing guide through the U.S. Coast Guard.

Jason’s daughter, Paisley, is only 10 years old and has already had plenty of catches going out with her family on the South Carolina rivers and lakes. Jason had a good idea that there would be some fish in the flats and that fishing would be more consistent in the shallower flats ranging from 10-25ft deep. Well Capt. Wolfe… you were right!

Saturday was a great warm up to Sunday.

The Wolfe family boated several large fish ranging between 5-10 pounds on Saturday. Paisley boated an impressive 35-pound catfish as pictured above by herself. You can hear dad calmly teaching her and supporting her in the video below. What a great dad.

We can only imagine the battle they had on Sunday.

All the fishing lessons Jason has shared with his daughter over the years paid off. On Sunday, Paisley’s dad geared her up for success with a Big Cat Fever rod, an Abu Garcia 6500C3 Catfish Special reel, and a life vest.

Following his same feeling for the fish being in the flats as they were on Saturday, Jason and family headed straight back out on Sunday. It didn’t take too long to prove Jason’s feeling right as Paisley started reeling in her trophy. After successfully battling the catfish for a little while, they got it boated and weighed. Paisley had just caught a personal best with a 61-pound blue catfish! Absolutely an incredible job, young lady.

The Wolfes released the trophy fish back into the lake for game next time around.

If you’re ever in South Carolina, make sure to visit Wolfe’s Guide Services to see if you can catch yourself a personal best.

Watch her in action in the video below!

2 years ago summertime slaying cats on lake wateree with my oldest daughter paisley. Better get them drifting stix out and ready to roll. Call and get your trips booked.