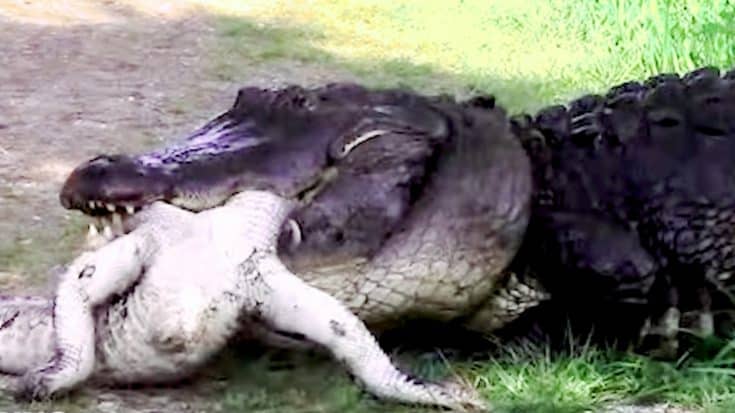 This big boy was hungry – and apparently, his compadre looked like a delicious meal!

In 2016, a photographer named Bobby Wummer, snapped the scene at Florida’s Circle B Bar Reserve where a 12-foot alligator was spotted snacking on a smaller gator as it walked across a pathway.

Initially, the scene was spotted by Alex Figueroa, a man who works at the reserve – and he was lucky enough to have his camera in hand.

“I was taking a walk one morning before driving to work at a local reserve. As I was walking, I stumbled upon an Alligator with another Alligator in its mouth. Thankfully, I had my video camera on hand to capture the moment!”

As a disclaimer: this video footage may not be suitable for some audiences.

Check out the full video from Figueroa below!