By Miranda Raye on December 15, 2020
Advertisement 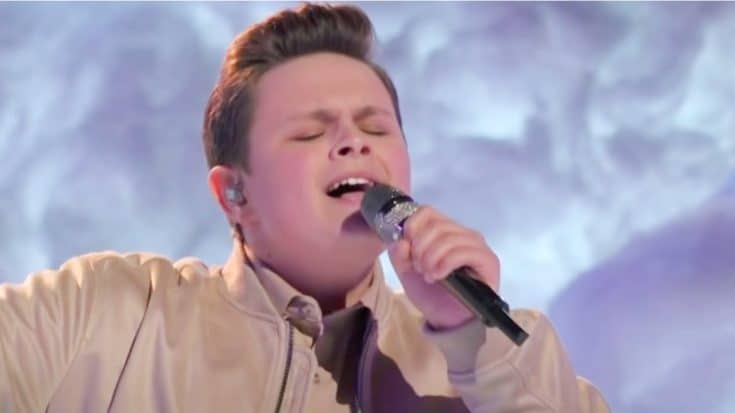 From the start of The Voice‘s 19th season, it was clear that Carter Rubin was someone special. The 15-year-old singer found his home on Gwen Stefani‘s team, and has been wowing the coaches and the viewers ever since.

During the semifinals, Rubin moved his coach to tears with his performance of “The Rainbow Connection.” His performance clearly impressed the fans as well, who voted for him to advance to the finale.

With the pressure on to deliver the performance of a lifetime in the finale, Rubin turned toward one of the most powerful songs in recent history. He sang “The Climb,” which was released by former Voice coach Miley Cyrus in 2009.

In the 11 years since its release, “The Climb” has been certified quadruple Platinum by the RIAA. It is a go-to song for artists who compete on shows like The Voice, since it’s soaring notes given artists the chance to show off the power of their voices. Since “The Climb” is such an emotional song, it also gives artists the ability to illustrate how well they can connect to what they’re singing.

The song has been covered on The Voice a number of times, perhaps most notably by Season 11 winner Sundance Head.

Rubin stands a chance of following in Head’s winning footsteps after delivering his own cover of “The Climb” on the first night of the Season 19 finale. The song gave him the opportunity to demonstrate just how powerful his voice is, and just how good he is at connecting to the material he sings.

After he finished, Stefani praised him, saying, “It feels like you’re just meant to be doing this.“

We understand where Stefani is coming from, because Rubin is a natural on stage. Tune in to the clip of him singing “The Climb” below so you can see what we mean.

Rubin is a natural-born talent!