By Miranda Raye on January 7, 2022
Advertisement 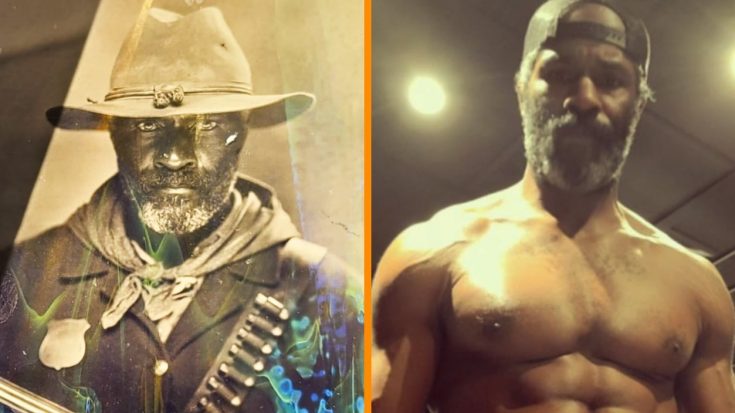 In an interview with Esquire, Elliott said he and Garrett have developed a close bond since they started filming:

“I knew his work, but I never crossed paths with him before, but we’ve become very close,” Elliott said. “I’d say we love each other. We call each other ‘brother’ all the time, and there we are. We see each other off-set as well.“

Today's the day we'll be introduced to SHEA & THOMAS. The original odd couple. Sam & I hit it off from day 1 at cowboy camp 💯. Their relationship is one of my favorite aspects of this series, especially given the time period. @1883Official 🐎🤠 #1883TV pic.twitter.com/njzZ7NACLQ

Prior to 1883, Garrett was known for his roles in Sons of Anarchy, Designated Survivor, and various shows in the Arrowverse. But before he was an actor, Garrett was an accomplished athlete.

Garrett’s love for fitness and sports began at a young age. He started going to the gym when he was in high school, and was a member of the football team. After graduating, Garrett played football at the college level. He told Muscle and Fitness magazine he once considered joining the NFL. He practiced with the Detroit Lions and the Los Angeles Rams, but neither team picked him up.

That’s when Garrett decided to chase another one of his passions…acting. He moved to Los Angeles and paid for his acting classes by working as a FedEx driver. He also became a professional Slamball player.

Slamball is a sport that combines elements of basketball and football and is played with trampolines. Garrett excelled at it, and was the league’s leading scorer.

Garrett’s Slamball career led him to his first acting role in an episode of One Tree Hill. The episode had a Slamball storyline, so it was the perfect fit for him. His acting career took off after that, and now he’s a star in 1883!

Even though Garrett doesn’t play Slamball professionally any longer, he still keeps himself in good shape. When he’s not filming, you can find him working out in the gym to keep his mind and body strong.

Recently, Garrett shared a video on Instagram showcasing one of his core workouts. His followers were impressed by his fit physique!

Who knew all of those muscles were hiding underneath the costume Garrett wears when he plays Thomas on 1883?

Check out the video Garrett shared of his workout below. It’s quite impressive!