By Manly Bryant on April 8, 2021
Advertisement 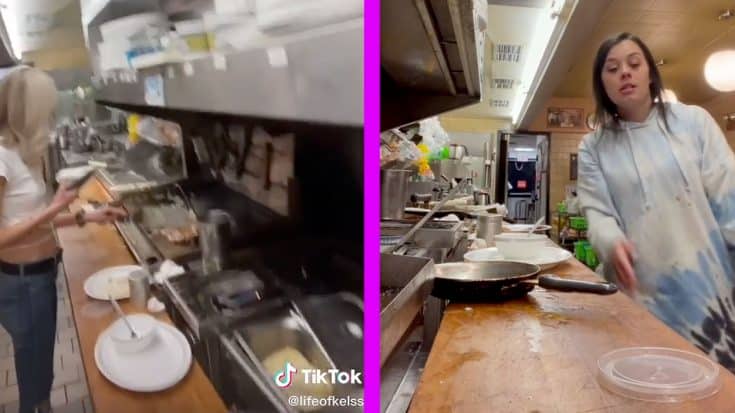 It’s not uncommon to witness something crazy at a Waffle House – especially after the bars close. A recent video surfaced on TikTok showing two women filming themselves cooking their own late-night meal at a Waffle House after finding the store completely unlocked and the worker fast asleep in his car.

“So the waffle house worker fell asleep and this is what happened,” the video begins, with a recording of a man sleeping in the driver’s seat of a car with the door wide open.

Finding the restaurant unlocked, the two women proceeded to climb over the counter and fire up the cooktop. The video shows text saying “not kelsie making food at waffle house.”

“Where are the workers?” one of the women asks, picking up a pan. “But I’m going to make an omelet out of this.”

Then she shows her poorly constructed plate of food to her followers on social media.

Watch the entire incident in the video below.

waho should sponsor us ##lifeofkels ##fyp