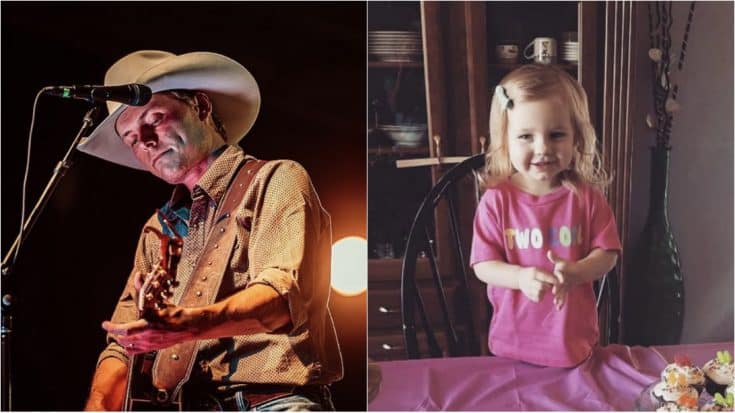 “It is with great sadness that Ned & Morgan inform friends and fans that their two year old daughter Haven passed away on October 20th due to a tragic choking accident in the home. The LeDoux family appreciates your love and support and is requesting privacy at this time,” the post reads.

Haven’s father, Ned LeDoux, is the son of rodeo champion-turned-country singer Chris LeDoux whom Garth Brooks credits as one of his biggest musical influences.

“I stole my whole act from Chris,” Garth once said.

Brooks repaid LeDoux by giving him a notorious shout-out in “Much Too Young (To Feel This Damn Old),” introducing LeDoux to a new generation of country fans. The line read “a worn out tape of Chris LeDoux, lonely women and bad booze.”

Brooks and LeDoux’s friendship grew and in 1992 the pair released a duet called “Watcha Gonna Do With a Cowboy.” Brooks’ admiration for the former rodeo star ran so deep that when LeDoux was diagnosed with liver disease, Brooks offered to donate a portion of his own liver. Although Brooks wasn’t a match for the transplant, his generosity and kindness didn’t go unnoticed

“To me, Garth, he’s kind of like my guardian angel. It’s like every time I need some help, he’s there,” LeDoux once said.

Chris died of cancer in 2005 at the age of 56, but his son Ned pursued a country music career, inheriting his dad’s love for song and stage. Ned released two charting singles, “Brother Highway” and “Some People Do” from his 2017 debut LP Sagebrush.

Our thoughts and prayers are with the LeDoux family during this heartbreaking time.