By Manly Bryant on August 30, 2019
Advertisement 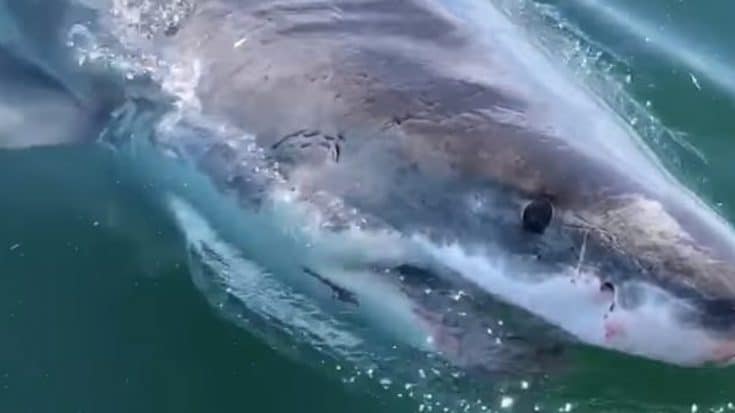 Matty Riley and his friend Ken Roth were boating off the coast of Cape Cod Bay on an early August morning when they spotted a whale carcass floating in the water. Getting closer to inspect the lifeless sea creature they noticed they were not alone, a 20-foot great white shark was also investigating the whale.

The guys were initially there to capture lobsters, but when they saw the massive shark they quickly pulled out their camera and started recording. It appeared it had been there for a while taking bites off the whale, but when Matty & Ken showed up it started giving them attention.

The Shark Swims Up To Boat

The shark with full confidence swims right up to the boat and pokes its nose out of the water and rams it right into the boat. It looked like it was going to bite a chunk out of the boat and maybe it did put its teeth on the boat but it was difficult to tell in the video.

All the guy filming could do is say “Oh my god, he’s coming right up to the boat”

After it hit the boat it spun around in the water and whipped its tail giving the guys a splash one last time before it took off into the deep blue sea.