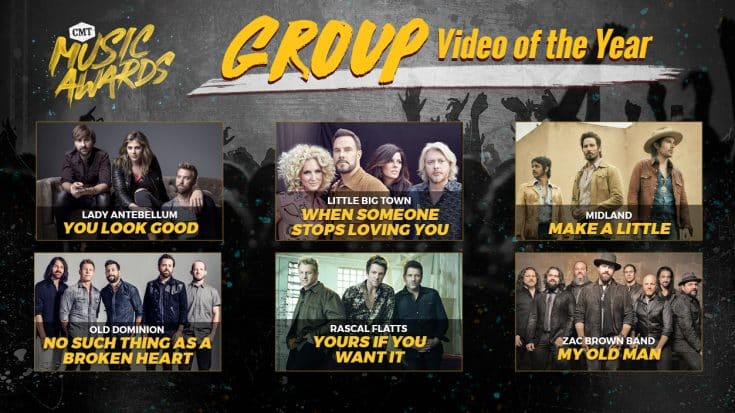 Every year the CMT Music Awards takes over the world of country music and honors the best and most-beloved videos and performances that have happened in the last year. It’s all based on fan votes, so it’s purely decided on what the country music community feels is deserving!

During the 2018 CMT Music Awards show, they revealed the nominees for Group Video Of The Year – and boy was that list filled with big names and killer performances!

The nominees were as follows:

CMT Group Video Of The Year

This award is given to the group who has demonstrated excellence in both music and video craftsmanship – and the winner is determined solely by fan votes. While there were seven different nominees, only one could win!

Taking home the top honors in this highly-coveted award category was none other than the hosts of the show this year: Little Big Town! They stole the show with their spine-tingling hit song, “When Someone Stops Loving You” that brought nearly every country fan to tears.

Congratulations to them – they definitely worked hard for this award!

Watch the winning video for CMT’s Group Video Of The Year below and let us know what you think!