By Jennifer Pernicano on November 13, 2019
Advertisement 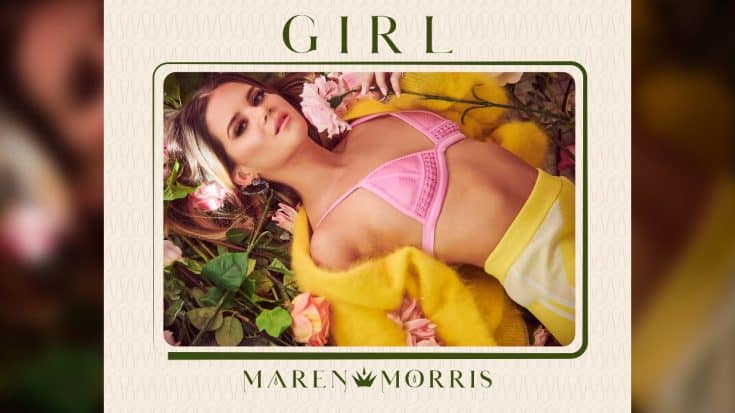 Country music is all about storytelling.

Not only does every song tell a story, but so does an album. The way each track is chosen and placed in a certain order is an art form, which is why the award for Album of the Year is so coveted.

The CMAs know this, so when Joe Walsh and Bobby Bones walked on stage to present the award for Album of the Year, everyone was on the edge of their seats.

They read the nominees, which were as follows:

Maren Morris released her second album, GIRL, on March 8, 2019. Prior to the album’s release, she released the title track as a single on January 18, reaching number one on the Country Airplay chart in August. This marked the first time a female topped that chart in over a year, since Kelsea Ballerini’s “Legends” in February 2018. The album debuted at number four on the Billboard 200 and broke the record for the largest streaming week ever for a country album by a woman.

And the #CMAawards Album of the Year winner is… @MarenMorris' GIRL!!! pic.twitter.com/OAhqnqepPt

Maren thanked her parents, her husband Ryan, her producer Greg Kurstin, but focused her acceptance speech on her good friend, busbee, who also produced the album. Sadly busbee passed away from a short battle with brain cancer recently.

On September 29, Morris posted a tribute to him on Instagram after his passing.

This just doesn’t seem fair. I will always love you and the songs and albums I was lucky to make with you, Busbee. Rest well, my sweet friend. ?

Congrats to Maren Morris on her win!

Watch her earlier performance of “Girl” below.