2020 CMT Awards: Video Of The Year Winner Is Carrie Underwood 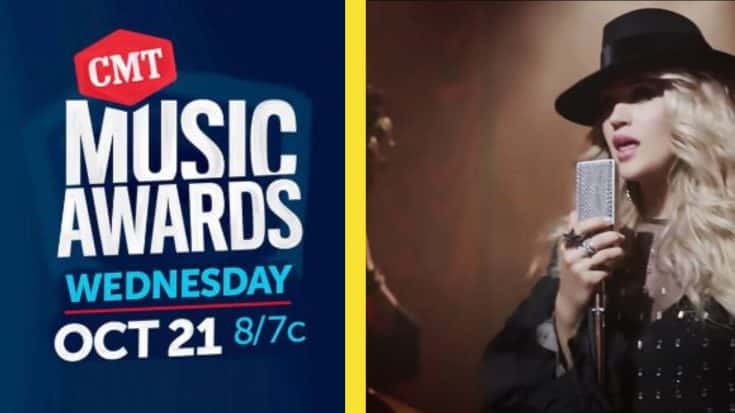 The CMT Music Awards are always unique compared to the other country music awards shows throughout the year because this awards show is completely fan-voted.

Since September, fans have been logging on to CMT’s website to cast their votes for who they think deserves to win each award. There are eight categories that are the same every year and one newly-created category, the Quarantine Video of the Year.

Video of the Year is the biggest award of the night. Fans are always given extra videos to choose from when voting for a winner. When the nominees first came out on September 23, this category had 14 country singers up for the award.

The six finalists were announced on October 12, with voting ending five days before the show. They were as follows:

After the two-hour awards show, Video of the Year was the only award left to be given out. Ashley McBryde opened the envelope and revealed that Carrie Underwood had won the biggest award of the night!

Underwood released her music video for “Drinking Alone” on November 19, 2019, and it has racked up over 11 million views on YouTube alone!

Watch the winning music video below.