2025 Ford Bronco Pickup In The Works

By Manly Bryant on November 24, 2020
Advertisement 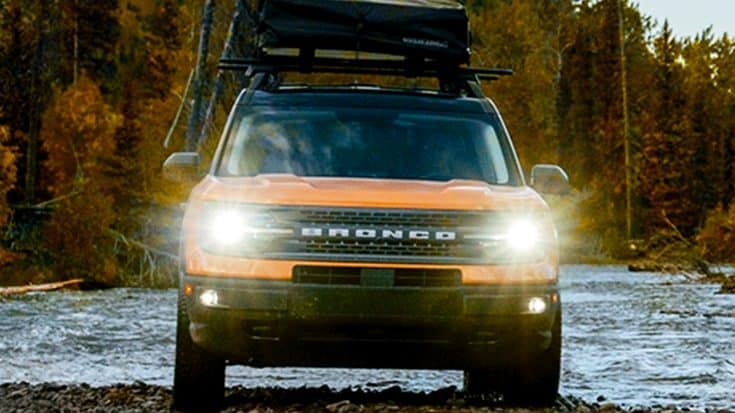 The 2025 Ford Bronco Pickup is coming, and it might be your next dream car!

The Bronco Pickup may be a few years from public roadways, but Ford fans have a lot to look forward to in the new vehicle crossover. The Bronco Pickup will borrow traits from its cousins, the Bronco SUV line. Sources told Automobile that the 2025 edition would mimic the bedless Bronco’s trim packages and equipment. Some similar perks would include, the Goes Over Any Terrain management system and series specifications. Ford is avid that each series be designed with different adventures in mind, so popular model options like Badlands, Big Bend, and Black Diamond are all expected to reappear in a pickup option.

In design, the Bronco Pickup would only come in a four-door option, which has lead to a lot of speculation about the vehicle’s engine and transmission. Currently, it is believed that the pickup will offer a 10-speed automatic and seven-speed manual transmission. The four-wheel-drive will also provide an optional two-speed electromechanical transfer case.

In terms of pricing, the base model is likely to start at about $30,000. A limited-volume First Edition package is also expected with this line, which could go upwards of $60,000.

(The photo above demonstrates one of the perks in Bronco’s current line. You can travel with the roof on or the roof off! )

While it is expected that the Bronco Pickup will not release until at least 2024, it is possible that Ford fans might see the new line sooner. Adventure seekers: keep your fingers crossed!