3 Coaches Turn For “Tennessee Whiskey” Cover On “The Voice Portugal” 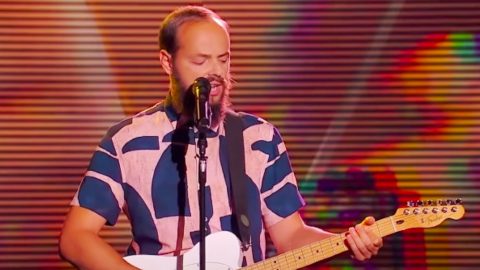 The same year The Voice debuted in the U.S. (2011), a version of the show also debuted in Portugal. Appropriately called The Voice Portugal, the show is one of the most popular international versions of The Voice.

The Voice Portugal entered its eighth season in 2020. Unlike the American version of the show, The Voice Portugal only runs one season per year, rather than two. There was also a two-year break between its first and second seasons. But the show has been on the air every year since.

Even though the contestants who audition for The Voice Portugal are not American, they often perform songs American audiences are familiar with. During the 2020 blind auditions, one hopeful contestant aimed to charm the coaches with his cover of “Tennessee Whiskey,” a popular American song with a long history behind it.

“Tennessee Whiskey” was written by Dean Dillon and Linda Hargove. It was first recorded by country music outlaw David Allan Coe, and he released his recording in 1981. His version peaked at the 77th position on the Billboard Hot Country Singles chart.

Two years later, George Jones came along and offered up his own version of the tune. His recording was a huge hit, and peaked at the second spot on the Hot Country Singles chart.

It seemed like Jones was destined to have the most well-known version of “Tennessee Whiskey.” But in 2015, a then fairly unknown Chris Stapleton covered the song with Justin Timberlake at the CMA Awards, and the rest is history.

Stapleton’s version of the song became a #1 hit and has since been certified 7x Platinum by the RIAA.

Following the success of Stapleton’s recording, many contestants came on the U.S. version of The Voice and sang “Tennessee Whiskey.” Based on how popular the song was, it’s no surprise that it crossed the pond and became Márcio Gonçalves’ go-to song when he auditioned for The Voice Portugal.

You could tell right away the coaches were enchanted by Gonçalves’ performance. He got one chair to turn early on, and for a while, that seemed like all he was going to get.

But at the last moment, two more coaches turned their chairs, rewarding the talented singer with a three-chair turn. Job well done!

Tune in below to watch Gonçalves impress the coaches of The Voice Portugal with his performance of “Tennessee Whiskey.” He has quite the voice!