3 People Trapped In An Abandoned Coal Mine Finally Rescued

By Manly Bryant on December 13, 2018
Advertisement 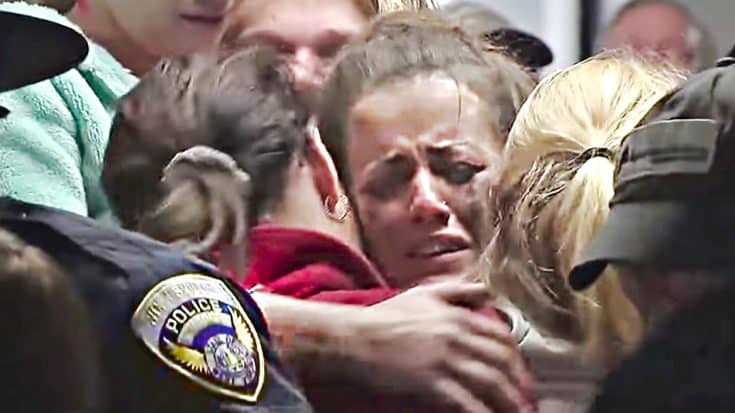 Wednesday night, families in West Virginia were overcome with a sense of relief as they were reunited with their loved ones.

Kayla Williams (25), Erica Treadway (31) and Cody Beverly (21) disappeared on Saturday, December 8th. Only a few clues were left behind for search parties to follow. An abandoned ATV near the entrance to Elk Run Coal’s Rock House Powellton mine in Clear Creek narrowed it down but was not enough.

Luckily, there was a fourth member, 43-year-old Eddie Williams. Williams was able to make his way out of the mine and direct the search party in

It might not have been easy, but the community stayed strong. While the search party continued for days, prayers were sent in as well.

And those prayers payed off…

On Wednesday, the trio was found inside the mine. Cold, hungry, and even shoeless – they were evacuated out and sent to medical.

West Virginia’s Governor, Jim Justice told reporters that, “It’s A Christmas blessing. This is an outcome that I really, truly, in my heart didn’t think would happen.”

All three are expected to make a full recovery and are remorseful for even entering the mine to begin with. A shaken Beverly told NBC, “It was terrible. Anybody who was involved in searching for us, I just want to thank you, from everything inside of me. This is the biggest lesson I’ve ever learned in my life. This is a life-changing experience for me.”

Today on TODAY: The dramatic rescue of three people trapped for days in an abandoned West Virginia coal mine — this morning, what they're saying about the ordeal. pic.twitter.com/aSdYcHQAdb

To Be Further Investigated

Still, there have been many questions raised about what they were doing in there in the first place. Sources say that they were looking for copper to sell during the hard economic times. While this will be investigated further, it is safe to say that everyone is relieved they are home safe.

You can watch the full story in the video below and let us know what you think in the comments.

Breaking overnight: Three people in West Virginia were rescued from an abandoned mine, where they were trapped deep underground since Saturday. pic.twitter.com/idRIab5NXs