300+ Birds Killed After Flying Into NASCAR Hall Of Fame

By Manly Bryant on October 16, 2019
Advertisement 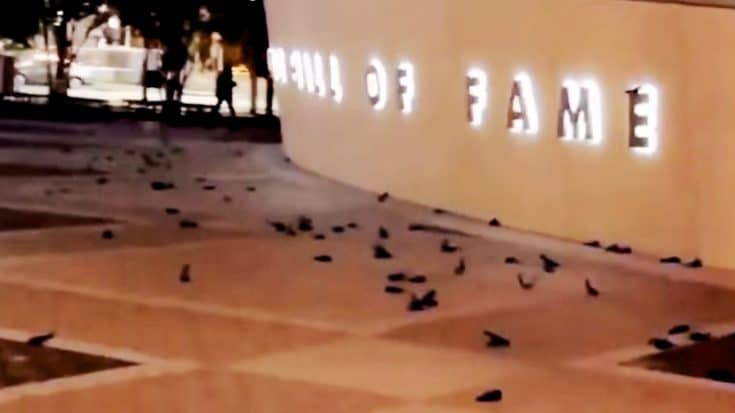 A bizarre mass die-off of birds occurred when more than 300 birds flew straight into the facade of the NASCAR Hall Of Fame building in Charlotte, North Carolina around 11 p.m. local time last night (October 15th, 2019).

One witness who was on-site during the strange event captured video footage of the birds laying motionless on the ground in front of the building.

Then, one stunned and obviously injured bird fluttered down right in front of her.

The video below, recorded by Hollie Cameron, could be disturbing to some people, so we recommend viewer discretion.

WHAT. IS. HAPPENING. A FOX 46 viewer captured this creepy sight in Uptown Charlotte tonight. In the video, it appears that dozens of birds are flying into the NASCAR Hall of Fame building, killing themselves.

According to ABC 15 News, The Carolina Waterfowl Rescue has taken up the duty of caring for the injured / stunned birds that were not killed in this odd event last night.

Officials have stated that 310 birds flew into the building and more than 100 of them were killed with ten needing to be euthanized due to the severity of their injuries.

The birds, called Chimney Swifts, are known to be one of the best insectivores around and they commonly are credited with helping to keep the mosquito population down – and can eat hundreds of mosquitos per day.

The Carolina Waterfowl Rescue is accepting donations for the care and rehabilitation of this important bird. They said that many of the birds will require hand-feeding of worms, and that is a costly endeavor.

Donations can be made at the Carolina Waterfowl Rescue website.