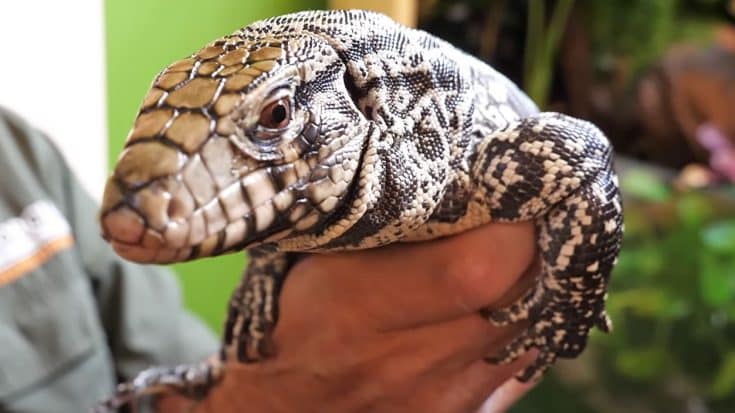 Georgia is home to a new predator that poses a threat to the ecosystem. The tegus lizard is a new invasive species that is native to Brazil, Paraguay, Uruguay, and Argentina.

Growing up to 4-feet in length, and weighing 10 pounds or more, this lizard poses a direct threat to Georgia wildlife. The tegus feasts on ground nesting birds such as quail, and are even known to eat alligator eggs. Another animal of particular concern is the state reptile of Georgia, the gopher tortoise, which conservation efforts have been attempting to preserve.

Posted by Wildlife Resources Division – Georgia DNR on Tuesday, May 19, 2020

Since the tegus is a popular pet that is legal to own in the state of Georgia, they were most likely released by pet owners when they got too big.

The Department of Natural Resources is encouraging and asking citizens to report any sightings of this giant lizard. With hope, they can restore the balance of the ecosystem in Georgia. As a non-native species the tegus can be killed on private property with the landowner’s permission and using legal methods in accordance with local ordinances, animal cruelty laws and safety precautions.

In central and southern Florida the tegus remains an established species that will never fully be eradicated.

Watch the video below to find out more about the tegus lizard.